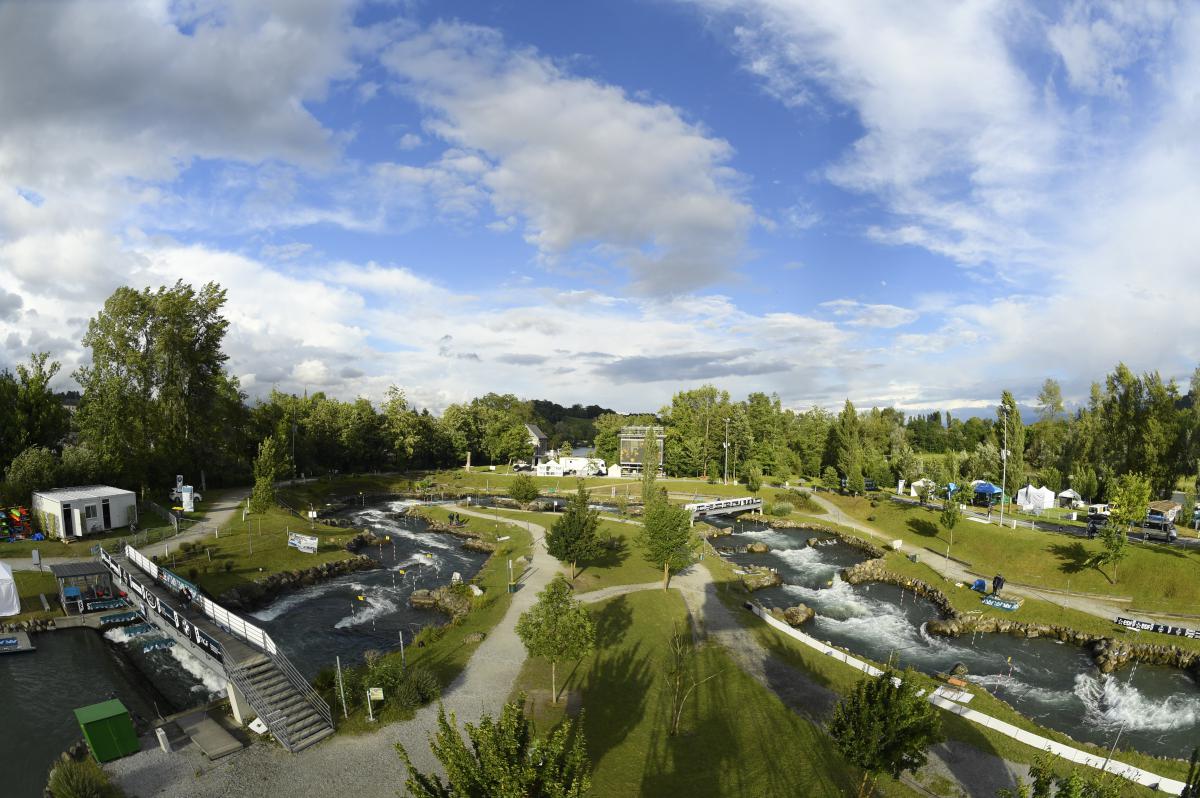 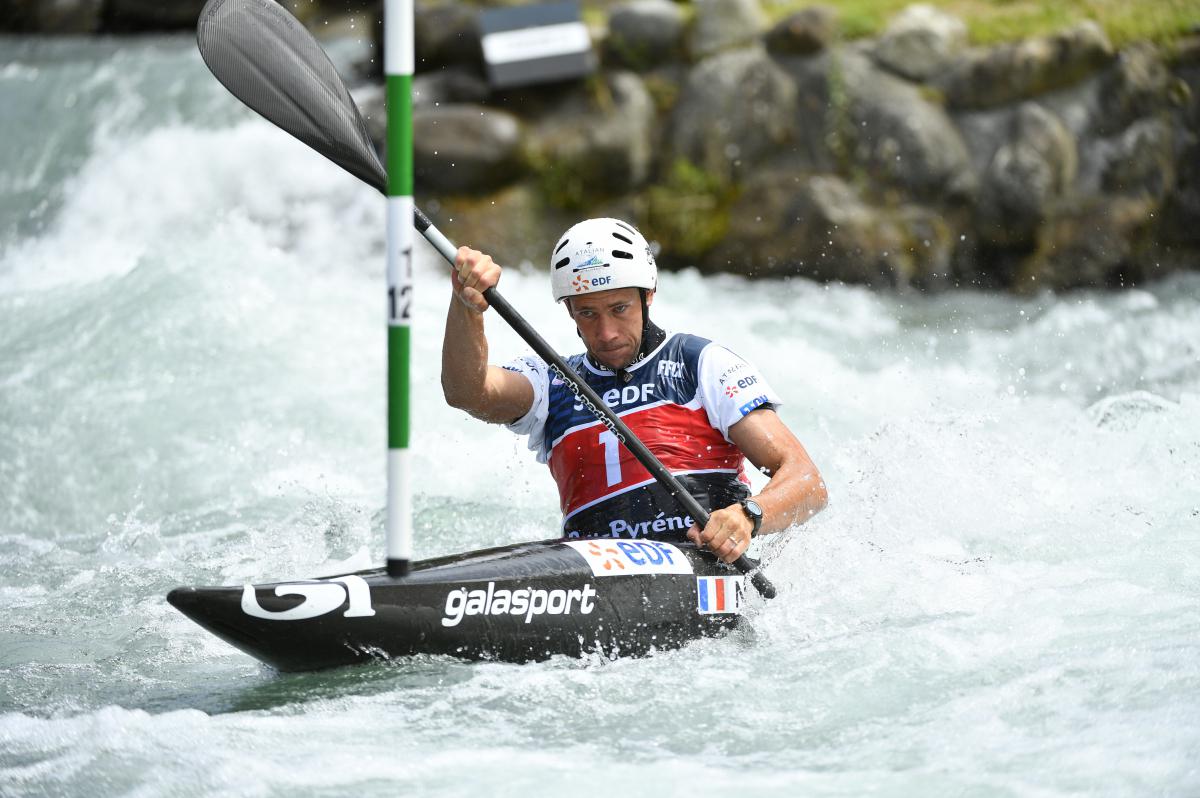 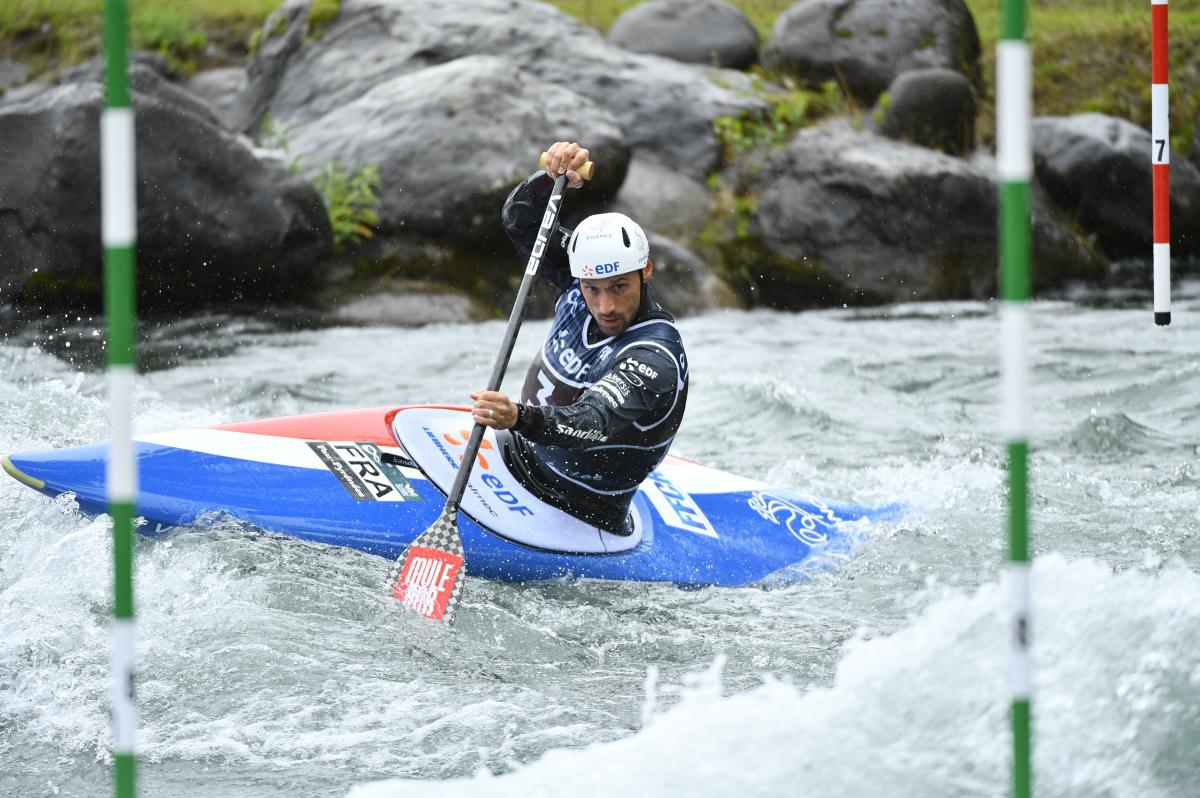 Pau jumps in at the deep end

From 23rd September to 1st October, the Pau Béarn Pyrenees conurbation and the French Canoe and Kayak federation will join their forces to host the Canoe and Kayak World Championships at the Pau-Pyrenees White Water Stadium. A first for Pau that holds the promise of a great sporting celebration.

It’s nine o’clock in the morning and the Pau-Pyrenees White Water Stadium seems strangely calm. But upstream of the Gave, in the temporary buildings being used as a technical control station, an ultra-efficient team is already hard at work. Then again, what lies ahead is no small challenge; this year Pau is host to the Canoe and Kayak World Championships. The first international championships for an Olympic discipline to be held in Nouvelle-Aquitaine. It’ll also be the first edition where the Wildwater Sprint and Slalom events will also be held at the same venue in the same week, and the first to award an Extreme Slalom title. Co-organized by the French Canoe and Kayak Federation and the Pau conurbation, the event is supported and promoted by the most famous ambassador of the discipline, and, what’s more, a Pau-born man and triple Olympic champion, Tony Estanguet. He’s much more than just a sporting reference.  “I got involved in this project in 2013, well before I was asked to contribute to the Paris bid for the 2024 Olympic Games. It was totally logical for me to back this project. It’s my sport, my city, the club I’ve been a member of since 1983.  Pau is where my Dad helped me get started, and now I’m teaching my children here.” A story all about family and enthusiasm. “We chose to make it an ambitious project, in terms of sport and in all the other aspects too. We are lucky to have an exceptional site that opens out on the city, and a fast-flowing, spectacular course,” adds the President of the organization committee. A highly technical stadium, where the spectators can really get up close to the channels and the city Castle is just a few paddle lengths away. The picture postcard setting should be a hit. So, for the former athlete who hung up his competition paddle in 2012, this international event is a dream opportunity to promote open-air sports in an urban setting, a concept he’s particularly keen on.

The show is on the banks too

He wants to take things a bit further than that. “What I really like about this project is the party atmosphere that attracts the crowd. In addition to promoting canoeing and kayaking, the Championships are an opportunity to create a festive, people-friendly event.”  On the programme, concerts, entertainment, casetas, demonstrations or “taster” sessions, the offstage version of the world championships is set to be fun and friendly, “with the aim of making the event something to be remembered, a great souvenir for people to take away with them, creating a global experience and sustainable heritage for the city and for the entire region” concludes the man who is also co-president for Paris 2024.  So, if on September 13th, the IOC selects Paris as host city for the Olympic Games, then there’ll be a double celebration in Pau, which will benefit from a positive, knock-on effect.

The Organisation Committee’s offices are a hive of activity. The massive count-down schedule pinned to the wall sets the scene. The team knows how to handle pressure; they prepared the World Cup events at the stadium in 2015 and 2016 and know that level-headedness and methodical work are essential. Qualities only too familiar to Marianne Agulhon, the event’s sports coordinator, former professional kayaker and 5th at the Barcelona Olympic Games. She oversees the welcome formalities for the athletes and officials – around 800 people representing 65 different countries. Technical hubs, exhibition village, organization with the judges, regulations, doping controls, safety and security, she leaves nothing to chance. Her work mantra contains three words: technique, safety and environment, and her professional experience helps her turn her hand to anything. “We have an aim, and we pull out all the stops to make sure we get there, with discipline and organization.” Not forgetting an educational aspect she firmly believes in: “we have an international canoe-kayak programme, promoting women’s canoe-kayaking in particular. The sport has 40,000 full-time licenced members in France, five million who do it as a leisure activity, including around a million of them in Nouvelle-Aquitaine. We have to continue promoting the sport to make it accessible to as many people as possible,” she adds. In Pau, several schools have already taken part in beginner sessions, and with its 300 licenced members, the Bearn-based club is one of the most thriving clubs in the Federation. The Whitewater Stadium itself is used by the national under-21s all year round and for national team selections. A cohort of 45 athletes from the French national team will come to train upstream of the event, when the stadium will be open to the public. “We want to promote the values of our sport” adds Marianne Agulhon. “It’s an outdoor sport that anyone can do and from the water you have a totally different perspective on the city, its heritage and natural wildlife. It’s a sport where three settings alternate – whitewater, flatwater and seawater – and you can paddle down some of the world’s legendary rivers. An action sport, pumped full of adrenalin, like skiing or snowboarding, that first appeared in the Indian and Inuit populations.  The “adventure” aspect is never far away! And being environmentally-friendly is all part of the game” emphasises Marianne, who has also been training the under-21 squad since 1997. “We’ve drawn up a programme that is perfect for both the competition and entertainment,” she explains. Volunteer workers will also have a significant role to play. Around a hundred of them will be responsible for preparing the watercourse, making sure it conforms to regulations, and for ensuring the athletes’ safety.  A veritable army of professionals and volunteers are going to take the plunge to make sure that Pau becomes one big party, right down to the finest details. The wooden podium sculpted by cabinet makers from the Ossau Valley is already in place, patiently awaiting the medallists, and a huge crowd to cheer them on.

Denis is featured in action on the poster for the championships. “I’m really proud, it’s a great honour” says the Rio 2016 gold-medallist in the Slalom race. This man from Marseille knows the Pau site well, as he spent six years paddling here. “Actually, it’s not always an advantage to know a race course, because you always need to be on the alert” explains the canoeist, “but competing in Pau is a fabulous opportunity that adds to the adrenalin rush!  I don’t allow myself the slightest mistake in my technique, and I guess we’ll soon see if the season reflects that! I’m thirty now, the age of maturity in a sport that requires experience and the ability to manage the unexpected.” Being featured alongside Tony Estanguet makes him smile, because even though the two men have often fought it out in competitions, the enjoyment they get out of promoting their sport to the general public brings them together. “I’m really flattered to be taking over where Tony left off and I really want to be part of the celebrations. We have to take advantage of the fact that Pau is in the spotlight to show that our sport is full of strategy and adrenaline, a ‘performance’ sport that generates strong emotions, even for the spectators, because it’s an event where it only takes a split second for the tables to be turned.”  Winning a title in Pau would be a victory par excellence!