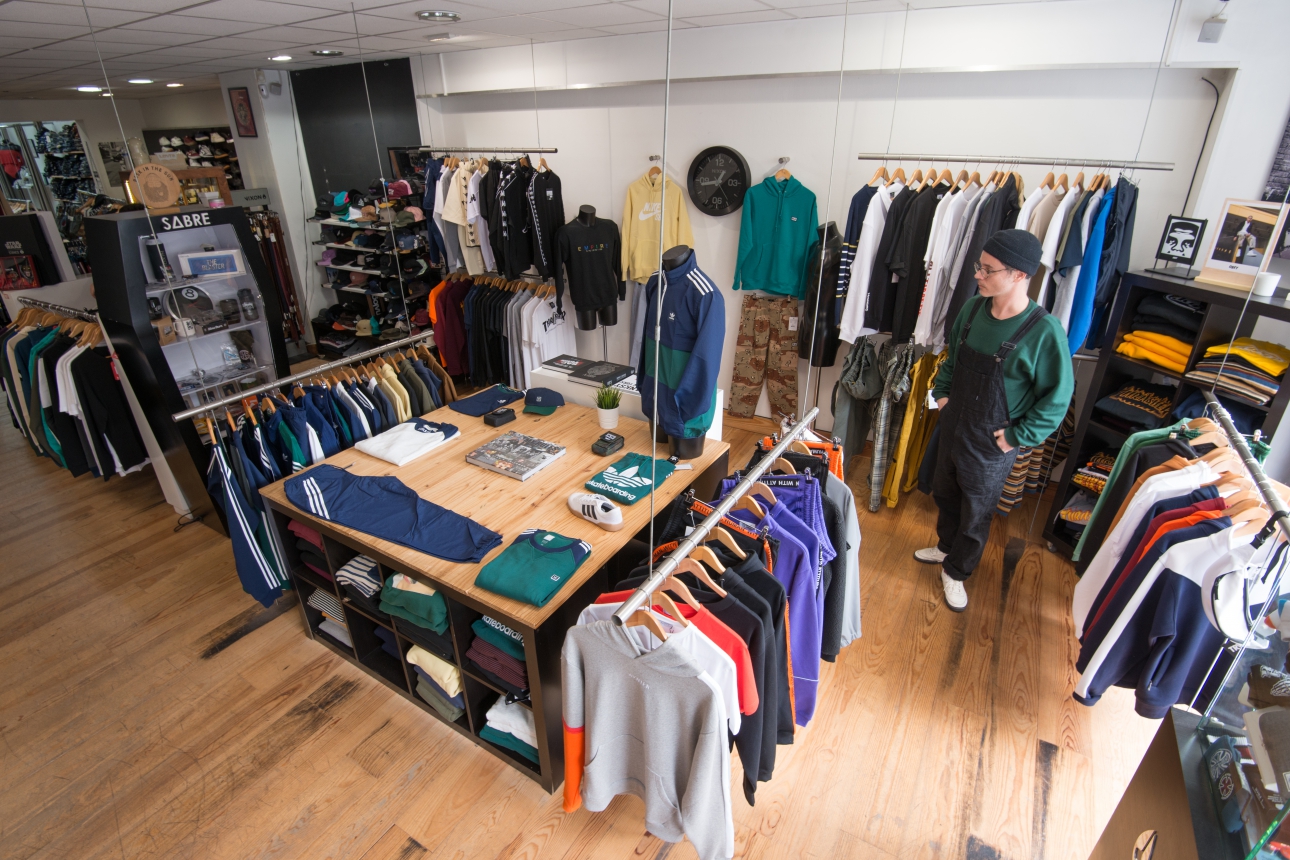 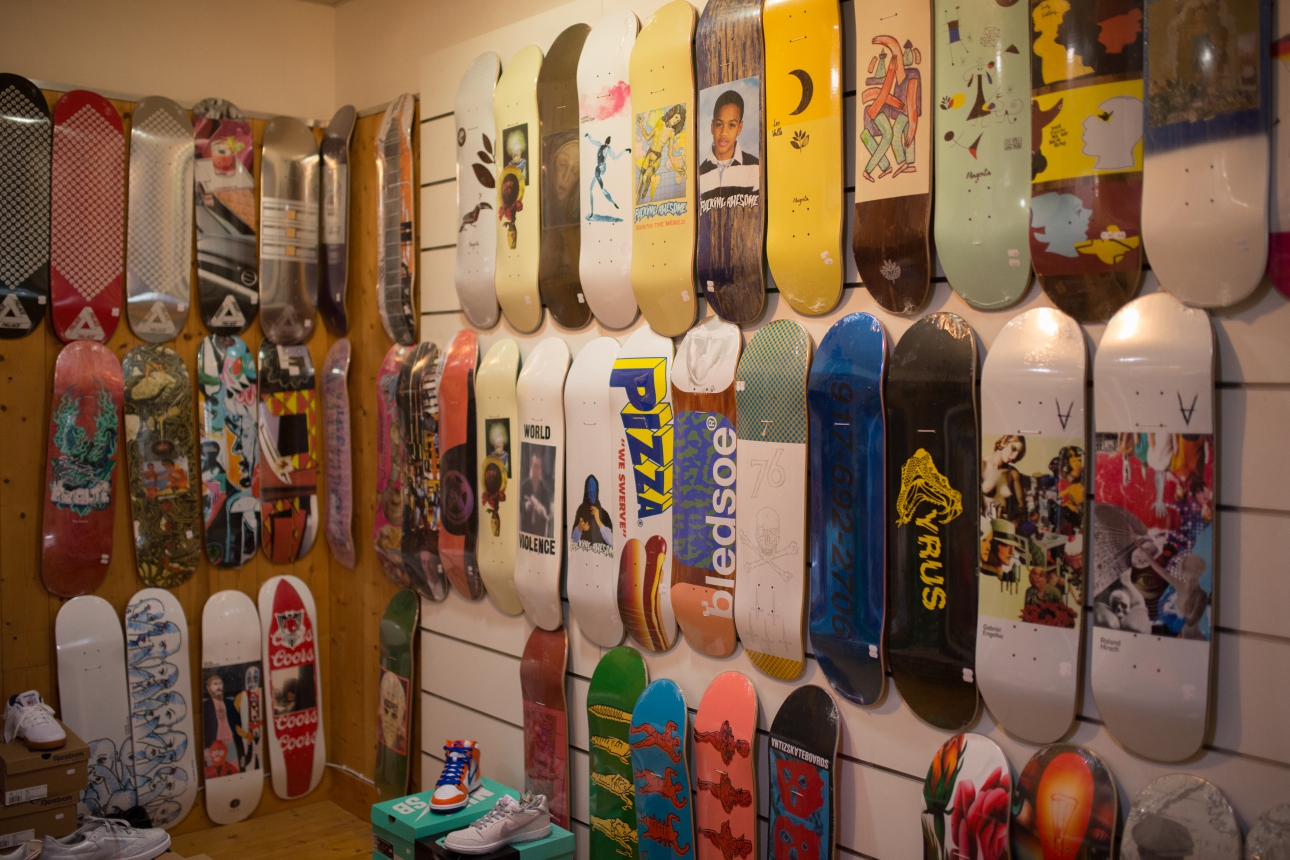 For this former teacher of structural mechanics, the idea of a concept store is meaningless. Rémi, manager of the Empire store at the cutting edge of streetwear style in Pau, South West France, prefers a bit of irony and refers to his boutique as a hardware store: “In here, we sell a culture that represents us; we let our gut feelings guide us and bridge the gap between skate and street.”  Empire isn’t just a boutique for skateboarders, it’s also the place to be for leading brands like Adidas, Nike, Puma and others like Stüssy which, R points out, looking towards his right-hand man Pierre, “brings not only luxury to the street scene but also friendship and a sense of community.”

Always on the lookout for the latest trends and to tailor their offer to the expectations of their clientele, whatever their age, “Empire is an advisor and goes with the flow.” From Avnier, the unisex brand founded by the rapper Orelsan, to Walk In Paris, the sportswear brand worn by rapper Roméo Elvis, through Obey, clothing designed by graffiti artist and respected activist Shepard Fairey, Empire adds its urban feel. And, just like the never-ending Star Wars saga, Rémi and his friends Mathias and Nico have built a second Empire (!) on the Route de Bayonne. This one is geared toward snow and surf enthusiasts but has the exact same philosophy: to have fun mixing cultures.