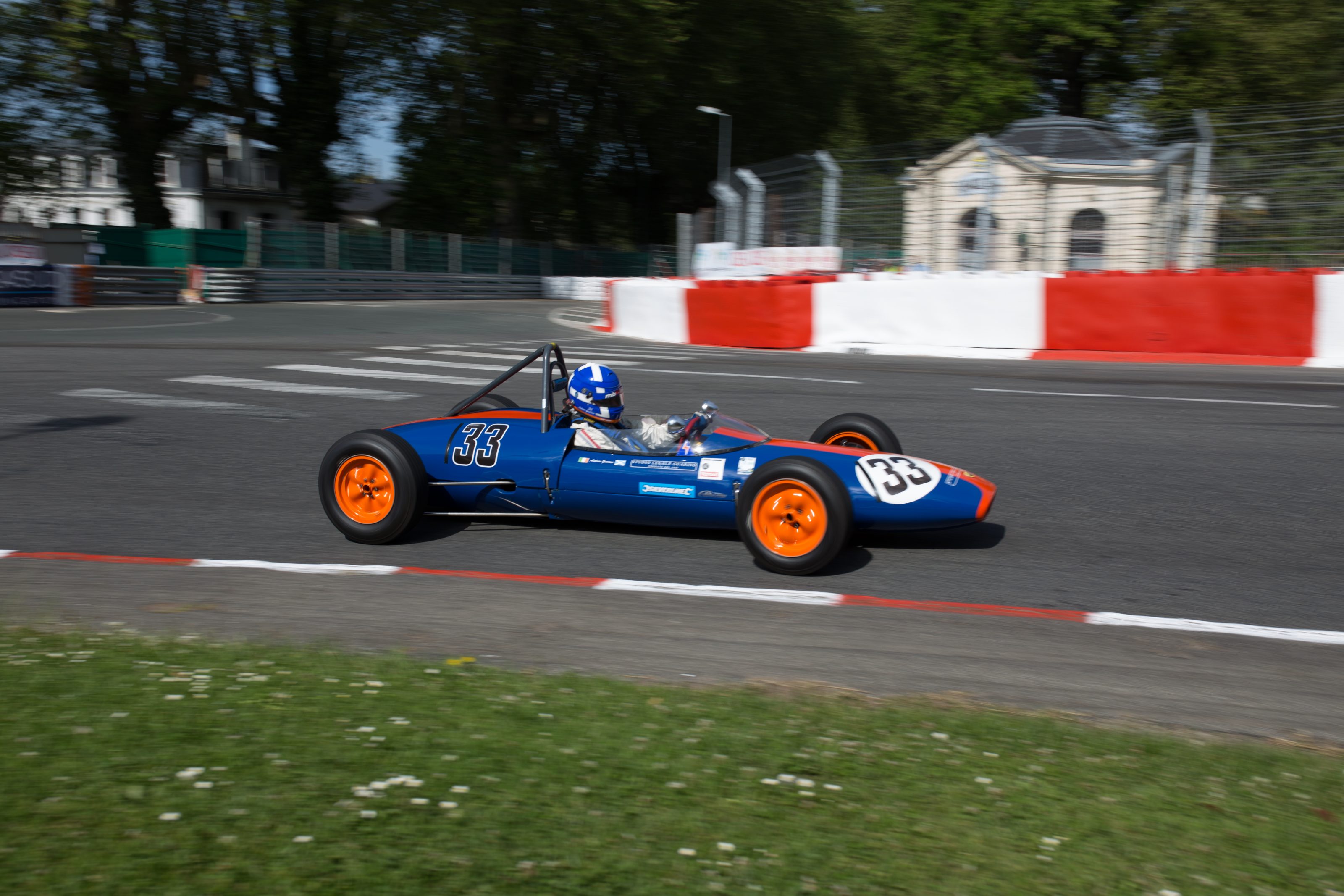 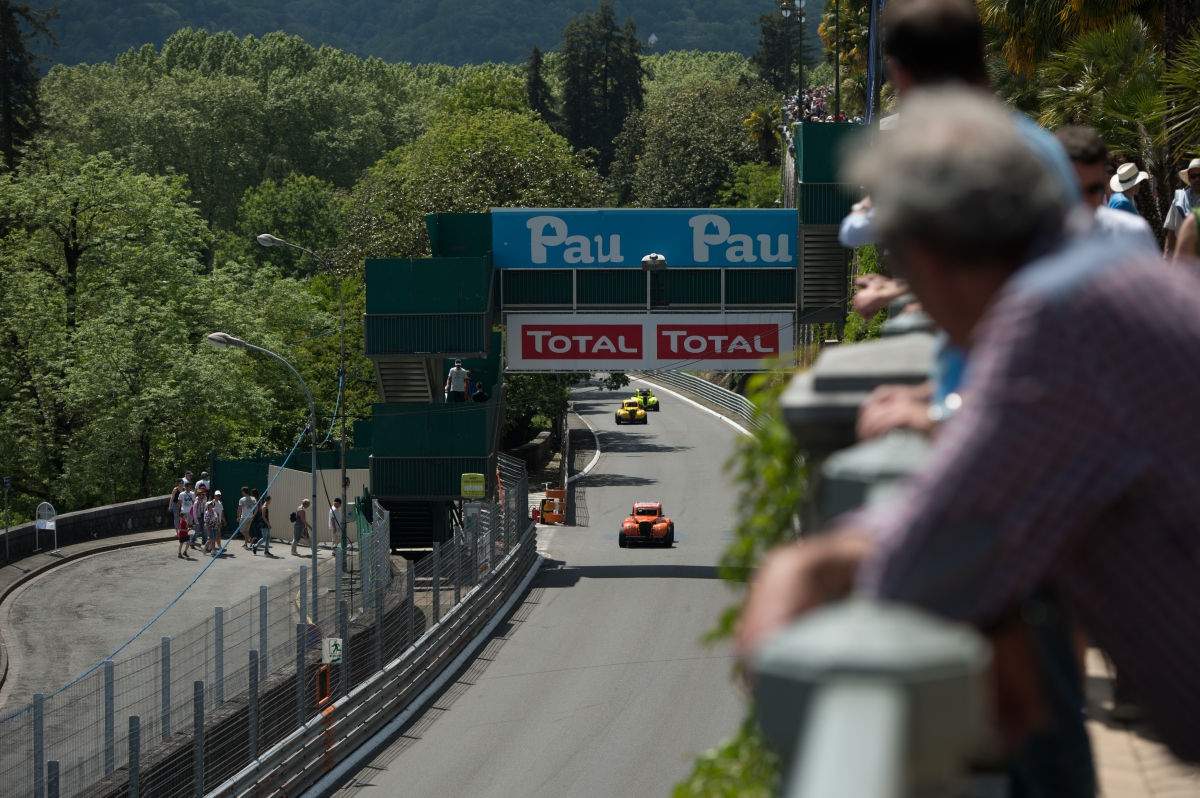 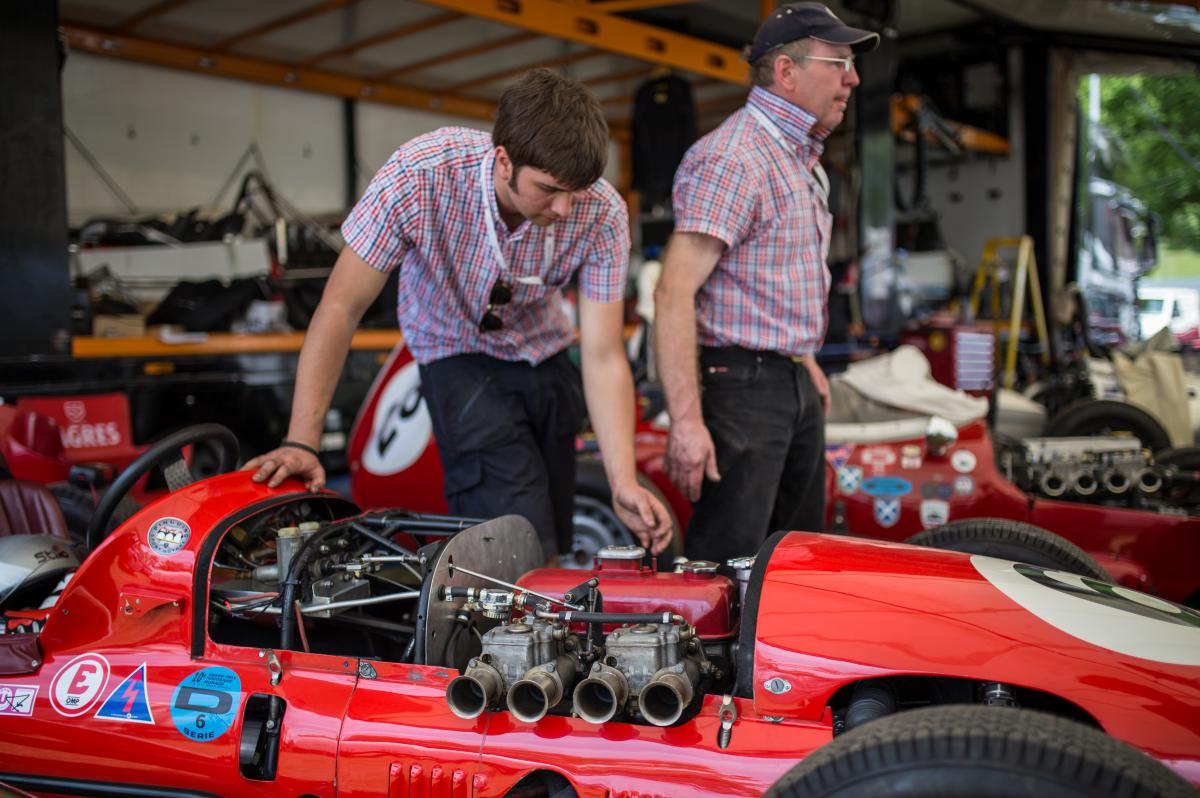 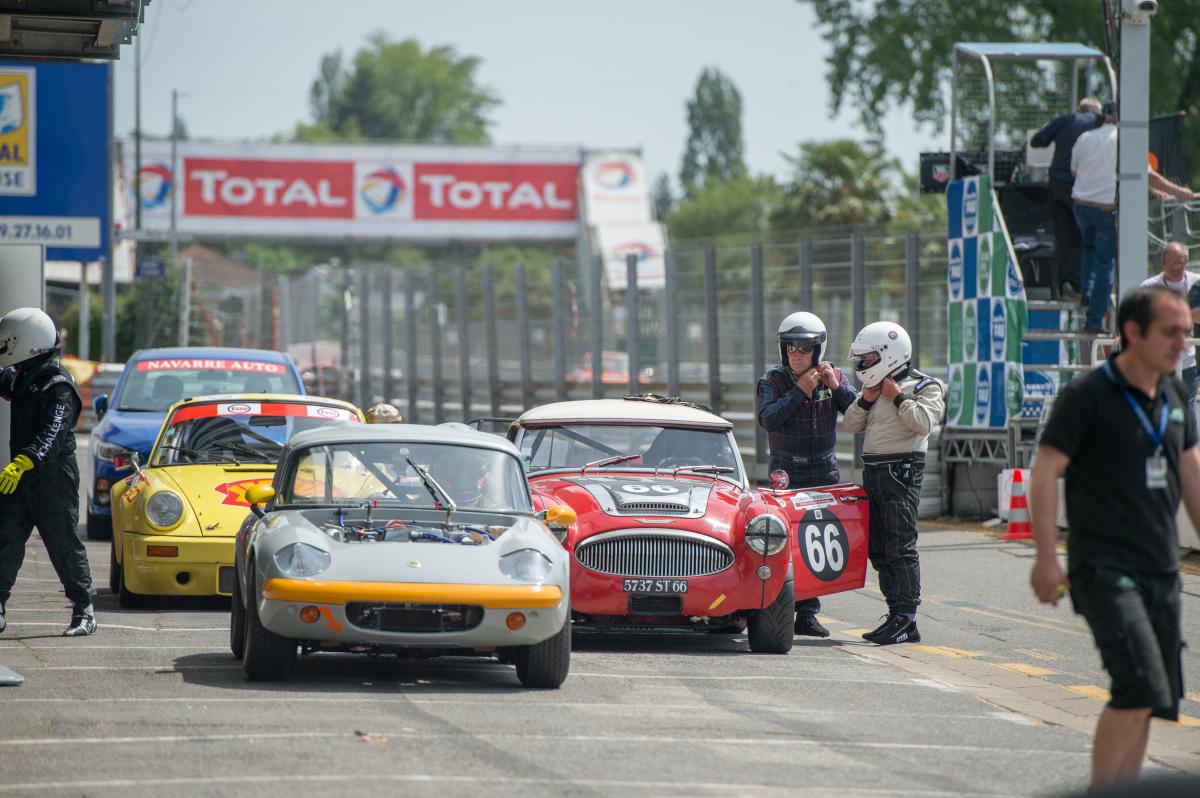 Legendary cars. The roar of wild mechanical beasts. Elite drivers from all over the world. A thin stretch of tarmac lined by pavements. Guard rails that look more threatening than reassuring. Cameras. Curious onlookers. Enthusiasts. Lots of enthusiasts. Those are the ingredients of the Pau Historic Grand Prix that takes place every year in May, right in the heart of the city that was home to Henri IV. Let’s take a drive around the legendary Formula 3 circuit.

“Racing is life. Anything before or after is just waiting.”

The famous quote from Steve McQueen could have been said by any of the drivers you meet in the paddock at the Pau Historic Grand Prix. They have the same obsessions, set themselves the same crazy challenges, like the actor whose heart never beat as fast as it did in the heat of a race. But the drivers here come for the show, not just to be seen. Invited by the promoter, HVM Racing, around 250 vintage cars take over the urban race track in Pau city centre. True to its international status, it attracts drivers from over twenty different countries. And it’s an absolute delight, a real flashback to the past. “Maurice Trintignant, Wimille, Sommer, Behra, Clark, G. Hill, J. Stewart, Fangio, Beltoise, Pescarolo, Alain Prost, Montoya, Barrichello, Damon Hill… all the motorsport greats have fought it out on this circuit.” Laurent Valléry-Masson is a driver, but he’s also the man who organizes this sporting event, and when he talks about the Grand Prix, his eyes sparkle. “When I was little, I used to come here with my Dad. He was a race official, one of the guys who waved the flags. That’s probably why I’ve always wanted to race…”. Today, he manages the sporting aspect of the event: “I have to strike a balance when putting together the line-up for this international meeting. There’s strong competition from Monaco and Le Castellet. There isn’t really a scope of work as such. What’s really important is to make sure that there are as many drivers and fabulous cars as possible, to guarantee a show that’ll attract the crowds.”

“The real stars are the cars, not the drivers!”

The main characteristic of the Pau Historic Grand Prix is the choice of racing car. “They’re magnificent, and come here just for the race. I create categories as long as the car interests me,” explains Laurent Valléry- Masson. “That’s how I choose Minis, Jaguars, Protos (there aren’t any in Monaco), single seaters, GT models, etc. We have to propose a format that that will appeal to everybody.” And there’s none of the industrial espionage of Formula 1 racing, no members of other teams disguised as tourists, camera in hand, snapping away at an engine, or trying to keep a low profile as the car comes into the pits, no stealing drums of petrol, no army of beefed-up security guards, no paparazzi after front-page material and photos of celebrities. There’s no heightened security plan either, no bag searches. You walk into the Grand Prix like you walk into the cinema. And the winding labyrinth of pretty steep steps that lead to the paddock doesn’t stop families, even those with pushchairs, from going to see the legendary cars a little closer up. The circuit isn’t full of dark corners either, or black mouths of tunnels, huddles of motor-homes, improvised walkways, or fencing that’s all too easy to clamber over. So Pau isn’t Monaco, and it’s much better that way. Seeing mechanics connecting PCs to singleseaters is a bit of a let-down, whereas here, it’s often the drivers themselves who muck in and get their hands dirty.

“On a modern car, you just turn the key in the ignition and it starts! But when it comes to cars from the 60s or 70s, it’s a whole new ball game!” says our experienced sportsman. The HGP is a totally standalone event. It’s all about passion. A driver wouldn’t stand a mechanic meddling with his car!

Tony Olissoff is from New Zealand and it’s the third time he’s come to race in Pau. On his first visit, he came on his own with a single-seater to try out the circuit in the Formula Junior. On the second trip, he brought his friends with him, each with their own car, emblazoned with the colours of their Kiwiteam. He doesn’t have a mechanic but he likes roll up his sleeves and get the job done himself. “There are three people looking after my car: me, myself and I” he laughs, “and I have to make damn sure that it runs well. Driving in the city is impossible to describe. You’re at the wheel of a wild beast and you have to drive at speed in areas where you should never be able to drive that fast. The circuit is very dangerous, so I always stay in the middle!” Laurent Valléry-Masson agrees, and admits that you have to have to be pretty reckless to drive a city circuit. “It’s very fast and visually, pretty daunting. There are lots of blind bends and it’s either make or break around those. You can’t read the road ahead. It’s like Monaco, big time. City circuits are a totally different ball game!” Iria and Maria Fernandez, two sisters from Spain who raced their first Historic Grand Prix last year in the “Historic Endurance pre-76 GT” category, also share the same opinion: “It’s a highly technical circuit. Make one mistake and you crash.”Masami Fujita, head of a major Japanese corporation, wouldn’t miss this annual meeting for anything in the world. At the wheel of his Alfa Giulia Sprint, it’s the fifth time he’s been on the starting grid: “I’m not well-known here, but I’m a good driver. I love meeting people, the crowds. I was even asked for an autograph! I love Pau!” And then there are the local favourites like François Tillos, owner of the restaurant Le Berry, a real institution in Pau, and his brother Jackie who have been competing for several years in the Trophée Maxi 1000 in their Morris Cooper S. The downhill section that leads towards Poeymirau has even been christened “François Tillos” owing to his past exploits in Legend Cars!

“Pau is a mini Monaco”

“Creating a circuit right in the city centre is a mammoth organization.” And Joël Do Vale, President of the ASAC, and administrative and technical organizer of the Grand Prix, knows exactly what he’s talking about: “We have to tackle the same problems every year: managing the local residents, electricity issues, internet connections, etc. We have about 500 to 600 volunteers on average (including 200 race officials), about 30 emergency first aiders, 5-6 doctors, about 20 firefighters…around 1,000 people altogether who are there to make sure that this traditional motorsport event in Béarn runs smoothly. So more than anywhere else, we need support from the volunteers and the hospitality of the people of Pau.”
The Grand Prix has come such a long way since 1933 when Georges Charaudeau, the General Secretary of the Basque-Béarnais Automobile Club, thought up the initial circuit in the city centre, inspired by other competitions at that time, like the Monaco Grand Prix that began ten years earlier, hence its nickname ‘mini Monaco’. Back then the circuit measured 2.649 km. Later it was extended to 2.760 km, and hasn’t changed since. The only difference is that at that time, there were 16 cars, including 13 Bugattis. Eightyfour years later, the Pau GPH circuit comprises seven historic categories where competition is particularly fierce. Some 180 cars from all epochs rev their engines on the starting grids and over 400 magnificent vintage cars are presented by the Clubs on the alleyways of the Parc Beaumont. And somewhere out there, the ghost of Steve McQueen is never far away.