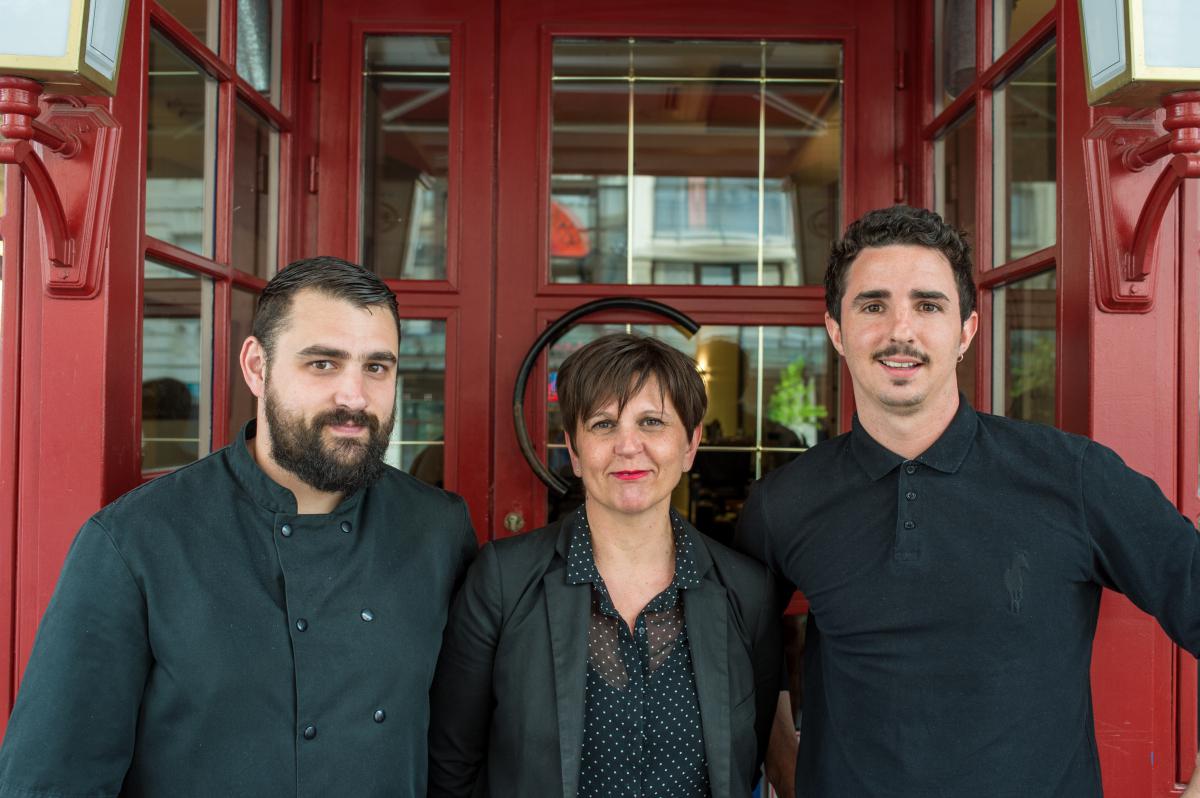 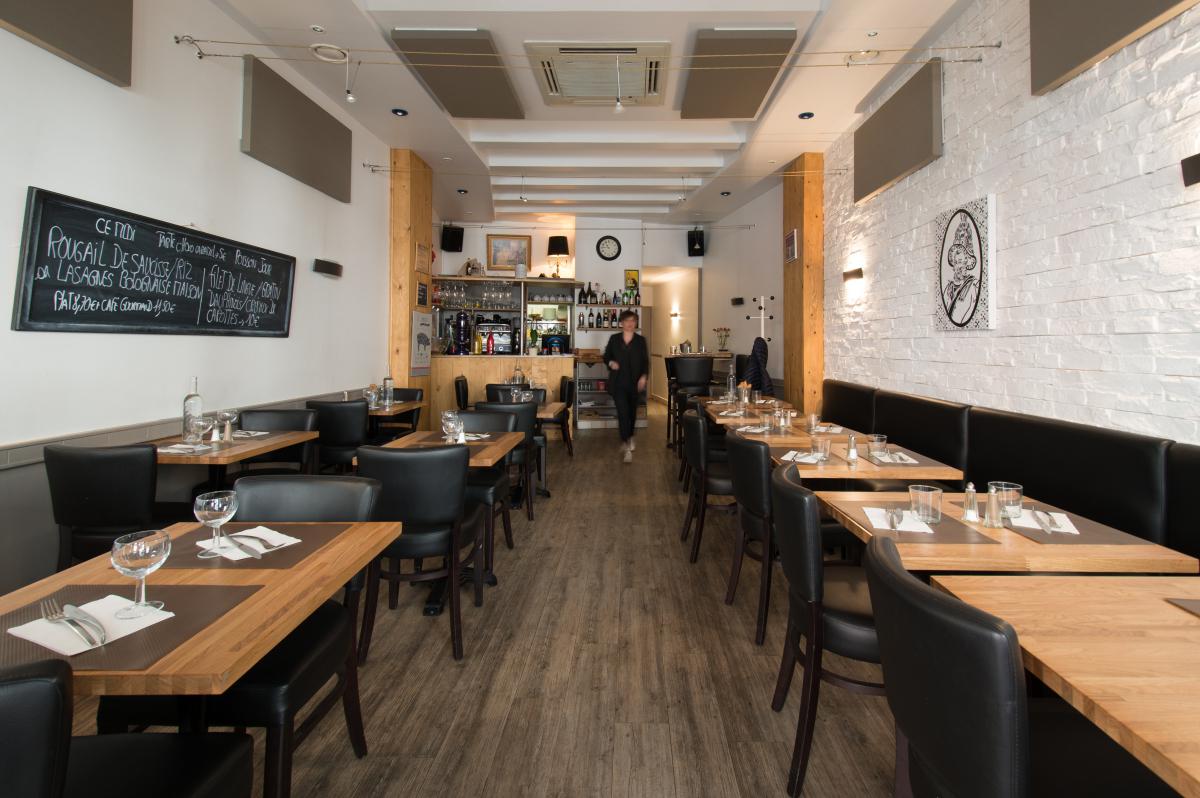 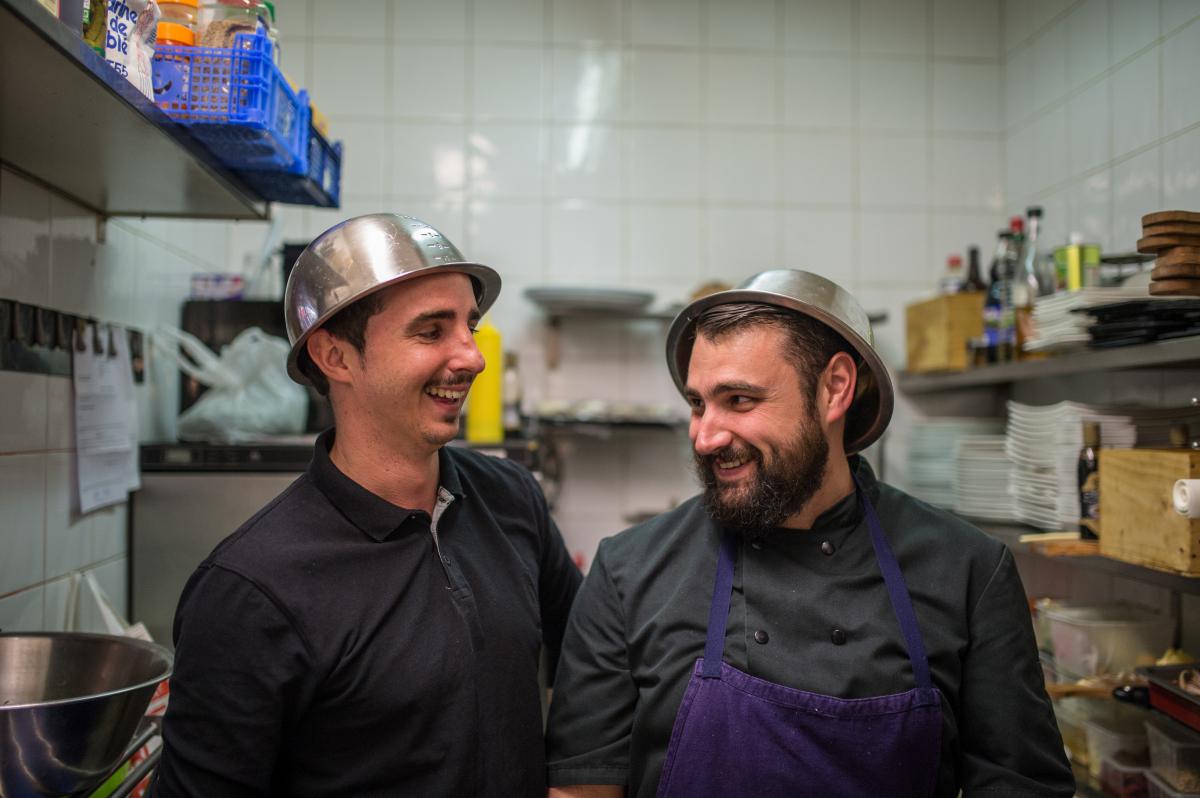 Welcoming customers to enjoy dishes prepared with instinct and intuition: that’s what’s on the menu at Ô Petit Pau, concocted by its young chef, Bastien.

“Everybody told me that I was biting off a little more than I could chew, but I believed in my project and started out on my own.” At 24 years old, qualified in hotel and hospitality management from the school in Biarritz, and on the strength of his gastronomic experiences in luxury hotels, in traditional, semi-gourmet and gourmet cuisine and patisserie, Bastien took over the former Chat Bleu in 2015. A stroke of luck helped him seize the opportunity, and that’s all he’s got to say about that… His cosy, unassuming restaurant delights passing friends and regular clients, from that classy lady that eats there every day, to the taxi driver who eats standing up, in 10 minutes flat. In the kitchen Bastien, totally relaxed and all smiles, has “a strong preference for the fresh produce and flavours of southern France.” He has just two hobs and an oven to prepare his seasonal dishes in a 6m2 pocket-sized, all-electric kitchen, where he has to work with metronomic rigour to serve up his gourmet meals. Assisted by the ever-cheerful Frédérique in the restaurant, and by Julien, his sous-chef in the kitchen, Bastien has plenty of plans in mind, but says “I’ll let time and fate guide me, but travelling is definitely on the cards.”  With his friends Rémi and Adrien, from the Gueuleton wine bar, he created a partnership to join their forces. “I feed customers at lunchtime, and Adrien and Rémi entertain them in the evening,” he says with a hint of irony. “Giving the town center a positive shake-up, being interested in everything, without having preconceived ideas, that’s what spurs me on,” he concludes, with a hardwired determination to shake off the pervading gloominess.