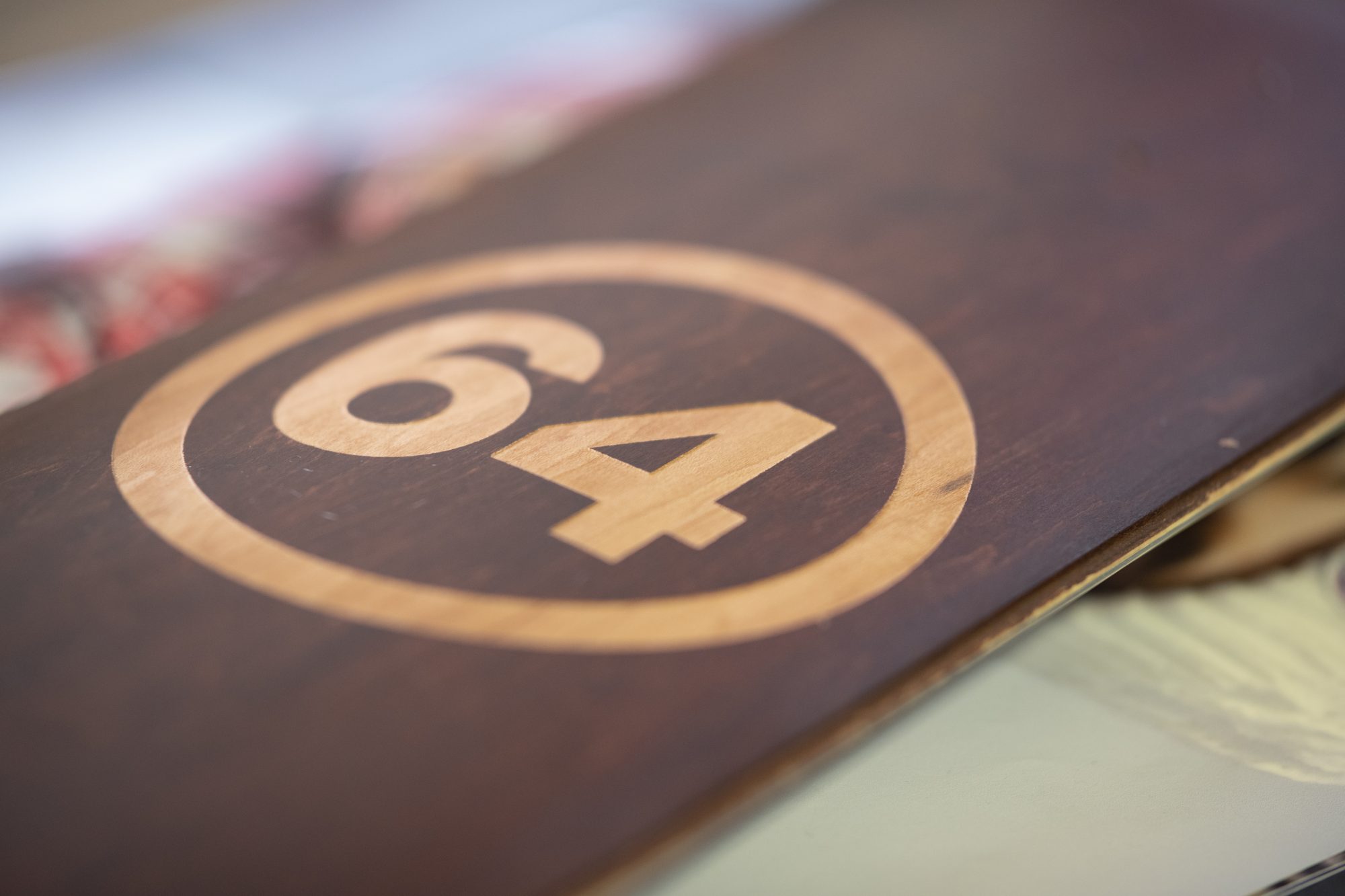 When you arrive in Guéthary, you could easily overlook the old Basque farm that looks much like any other homestead. The eclectic construction made of old stones, metal and glass-fronted open spaces, houses the brand’s administrative head offices and its strong core values.

We’re in the late nineties and two longstanding friends, Denis Wargnier and Olivier Mauroux created t-shirts bearing motifs representative of South West France for their group of friends to wear at the fêtes de Bayonne. The t-shirts were an immediate hit and the two pals instinctively realised that they were on to something. Behind their idea just for a bit of fun with their friends was something a lot bigger. “20 years of existence is not that much and yet it’s quite a long time too,” explains the current manager Louis Lacube. We’re proud to have created a brand based on the number of a French department[i] and to have kept it alive and kicking!” A wide range of tops “Made in France” with colourful designs for men, women, children and even babies. “It’s one of the things that makes us different, we make only tops for everybody!”

As the family is still a strong symbol for the brand, who better than the son-in-law of one of the founders to talk about it? Louis arrived in 2011, after working for Canal+ and in football for the Téfécé[ii]. He spruced up the communication strategy and clearly positioned the brand in 2014 when he took over as manager. “We create everything from start to finish: all our collections are designed right here in Guéthary! Our textiles are produced in Europe and we fully own all nine of our boutiques. We manage all our marketing operations, our brand image, and our target audience is in greater South West France and the Atlantic coast, to ensure development on a local scale.” Though the brand suffered for a while from a too Basque-focused image, the team is more than aware of the inherent wealth of the territory. “Department 64 also includes the Pyrenees and we want to develop that dimension. Taking care to remain loyal to our customers, we’re also tapping into the new generations through collaborative work with brands like Pipolaki, Monsieur Txokola, Espadrilles Arsène or Le Slip Français…, but always with a clear objective in mind. The digital wave is an essential avenue for development. Investing in digital technologies is the key. We were already highly proactive in designing and creating new products, but social medias are always demanding more.”

The complementarity between Anne-Cécile, the head of the digital sector and Céline, who manages orders, is anything but virtual, even though not a weekend goes by without the two young women checking the brand’s social networks. Their aim is to develop the presence of 64 on the web. While the first manages customers “so loyal that some of them order every month, stop by to say hello when they are on holiday in the Basque Country or simply give us a call to chat about the weather,” the other makes inroads into marketplaces “by putting the emphasis on the technical sheets, photo shoots and product descriptions” and creates effective partnerships like the one with a local blogger and her 261,000 followers on Instagram – a resounding success!

Frédéric and Émilie, a stitch in time…

Fabrics, colours, patterns, shapes, details –nothing escapes the keen eyes of the team of stylists. Their previous experience in sportswear for water and snow sports didn’t give them as much room for manoeuvre. “I do lots of different things here, and I really enjoy it” Emilie enthuses. Frédéric continues, “I worked exclusively on men’s sweatshirts so I could hardly give free rein to my imagination!” Following the ideas and designs for a collection right through to the actual garments being made is a major driver for them both. “We stick to current trends and adjust our collections in record time!”  Keeping an ear to the ground in the fashion world and listening to feedback from their sales assistants working in the boutiques are also of crucial importance. “We have a general overview that makes our collections consistent. We’re very proud of having brought out an oilskin coat, a real design and business success!”

Thierry, draw me a t-shirt…

Seven years ago, Thierry worked in an office where ‘surf attitude’ was the norm and “the average age there was 25, and everyone skateboarded in the office,” a real live Google doodle for this graphic designer who caught the bug almost by chance. “It was a bit of a surprise when I passed my A-levels. I liked drawing, but I didn’t even know that being a graphic designer was a profession.”  Nine years of boardwax later, he landed in 64, happy that his first design was accepted straight off! Even if he suffers from the odd bout of artist’s block, he appreciates the work of the stylists upstream, who give him guidelines, define ideas and help set limits for his creativity. “My job isn’t about writing word for word, but the overall message is really important. As for the drawing, there’s a definite middle road between minimalist hand-drawn designs and those for the fêtes de Bayonne where I can let my imagination run wild!”

Véronique, 17 years on the clock!

Véronique joined the company as an assistant at the outset and has seen just about everything, from the three-year invoicing backlog “a great way to get to know all the customers,” to the advent of online sales, through boutique newsletters and general budgets. Her rôle as PA to Mr Wargnier soon meant that she had to start dabbling in just about everything, which gives her a status in the company that she unashamedly assumes. “I can speak my mind, more bluntly than the others, but my main aim is to make sure that the atmosphere in the workplace stays relaxed and easy-going!” She’s always worked to make sure that she knows the ins and outs of how the company works to make life easier for the employees around her and she was able to ensure the smooth transition between Denis Wargnier and his son-in-law. “They’re very different: Mr Wargnier has always been very fair and accurate in his analyses. Louis has brought new energy and a touch of modernity to the company!”

In 2009, Anne came back from Paris where she was already working in a 64 boutique, to take over the management of the emblematic outlet in Pau, opened in 1998 when the brand first appeared on the market. “The boutique welcomes and advises three kinds of clients here: visiting tourists, loyal locals and Bearnaise expatriates who want to take a souvenir back with them.” Anne is proud to work in a boutique designed to reflect the way of life of South West France. “It’s got plenty of light and a natural look and feel with lots of wood and decorative objects that symbolise regional identity, like a surfboard. The strength of our nine retail outlets lies in diversifying our product range but making sure that the 64 ethos is omnipresent”.

Quality products, family and a passion for South West France are the values deep-rooted in 64’s DNA. All the things that give the group its strength are echoed in its graphic designs, and the careful pen strokes distill the undefinable pride we have in our beautiful region. Drop into a 64 boutique and there’s no doubt you’ll find something to top off your look!