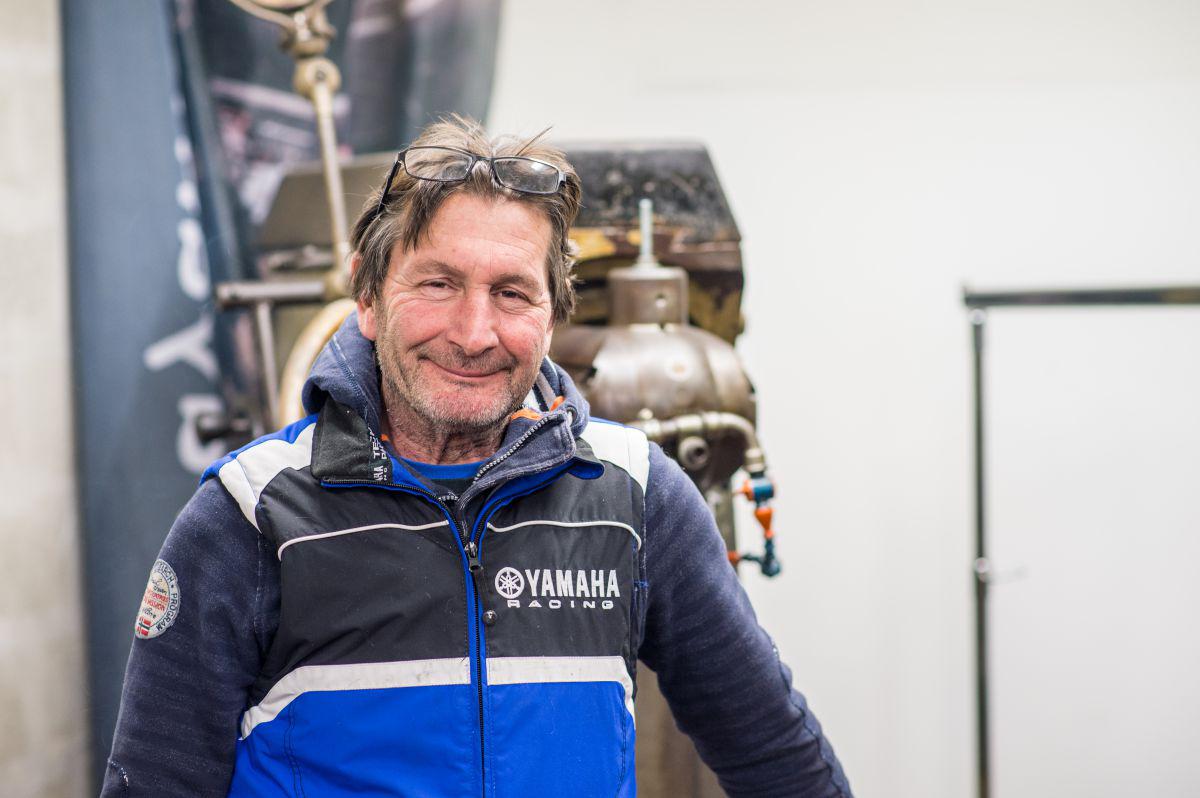 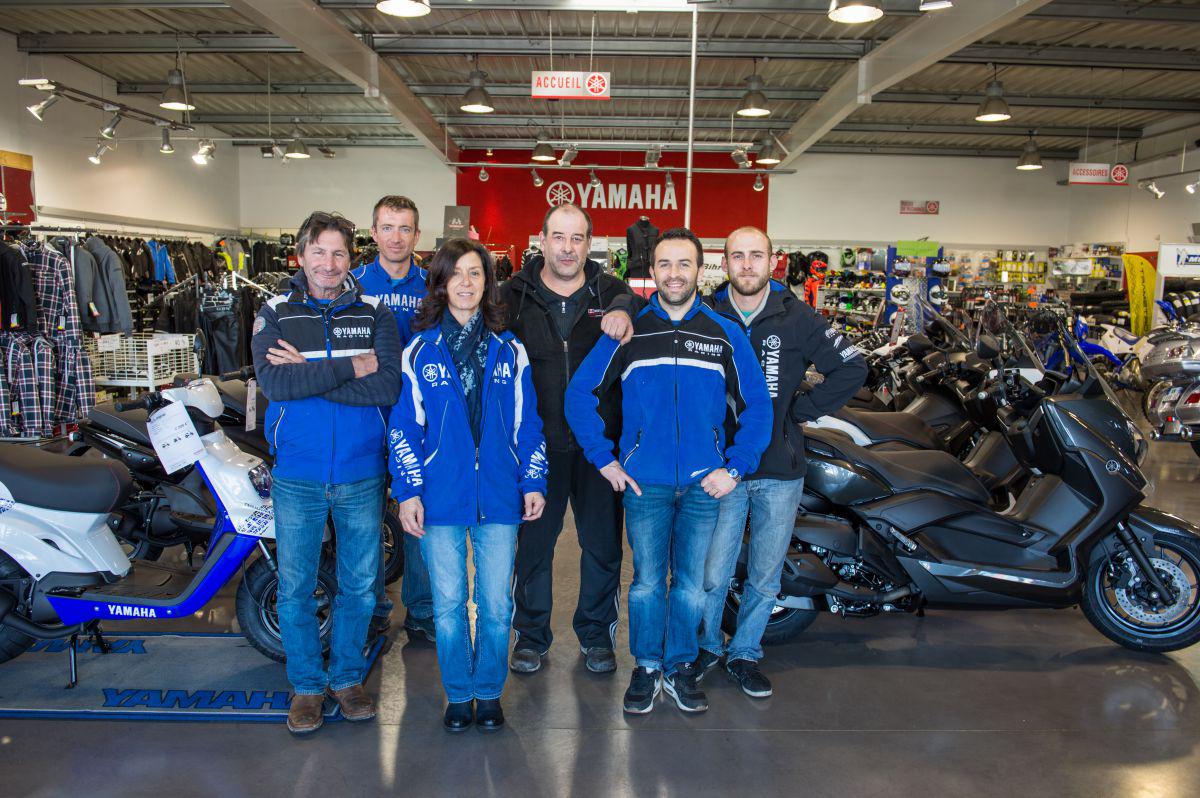 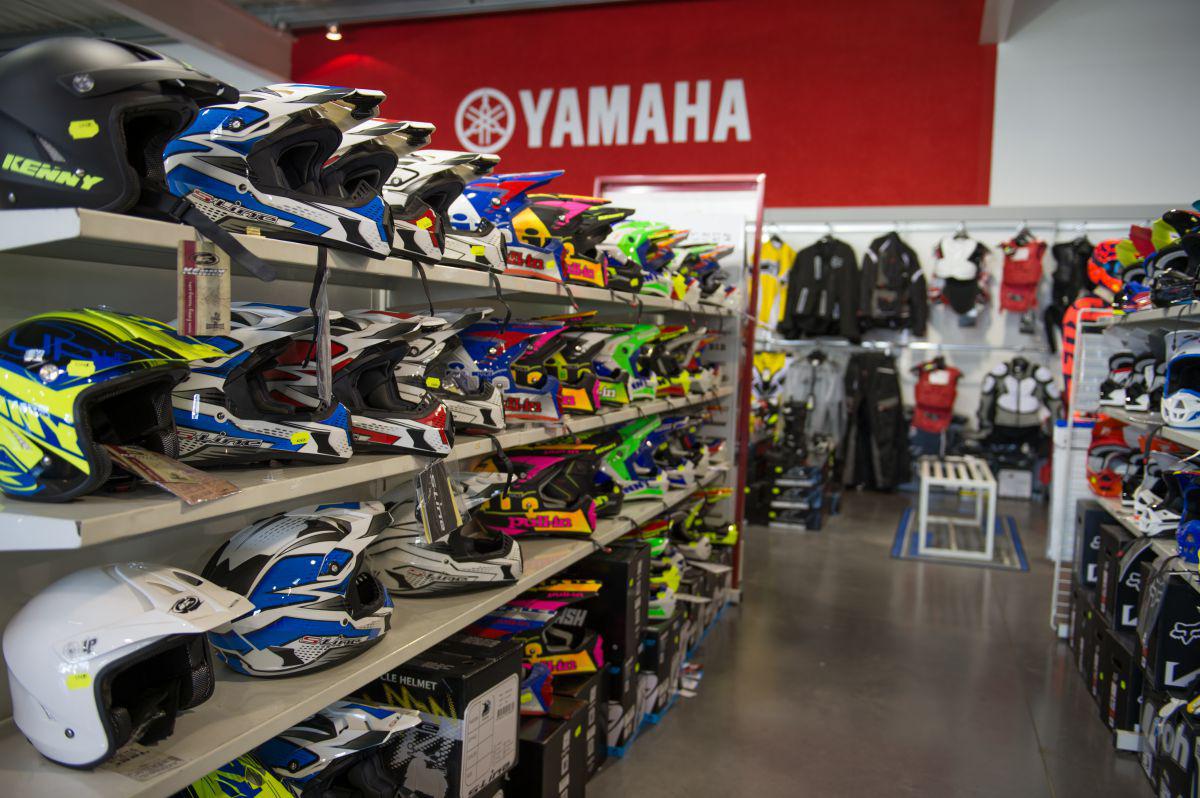 Motorcycles are his job, his business but also his overarching passion. Getting his hands dirty is a daily – and very literal – state of affairs for Claude, affectionately known as Claudet, and one he has loved for as far back as he can remember. In 1978, aged 20, between competing in motocross races and repairing engines, he decided to open a small repair work and sales shop for motocross bikes – making him a precursor – in Pau’s rue Saint-François d’Assise.

“It was a great way to get all the parts at cost!” he chuckles. Ironically though, the shop attracted almost exclusively bicycles at the time. But then Claudet had a bright idea: he asked his dirt biker friends, competitors like him, to line up their mounts on show in front of the shop. Powerful racing bikes are crowd-drawers and the move paid off. His conscientious work and his “Huggy bear” streak were then all it took to build his reputation. Increasingly well-known, he moved location to the route de Bayonne, before building a shop of his own on the Lons industrial park in 2003 and becoming an exclusive Yamaha dealer for motorcycles, quads, scooters, Enduro and motocross bikes. He rides out around the area with clients on Sundays, and shares his passion with friends in the African desert.

“The best time of the day is when I slip on my coveralls and go through to the workshop. First for me comes the fun of puzzling out what’s causing the problem, followed by the pleasure of solving it with Guillaume and Jean-Louis. Together, we’re capable of completely rebuilding an engine in the space of a day!” With Florent looking after spares, Domi handling accessories, and Bertrand selling new and second-hand vehicles, the shop is a real haven for bike enthusiasts.