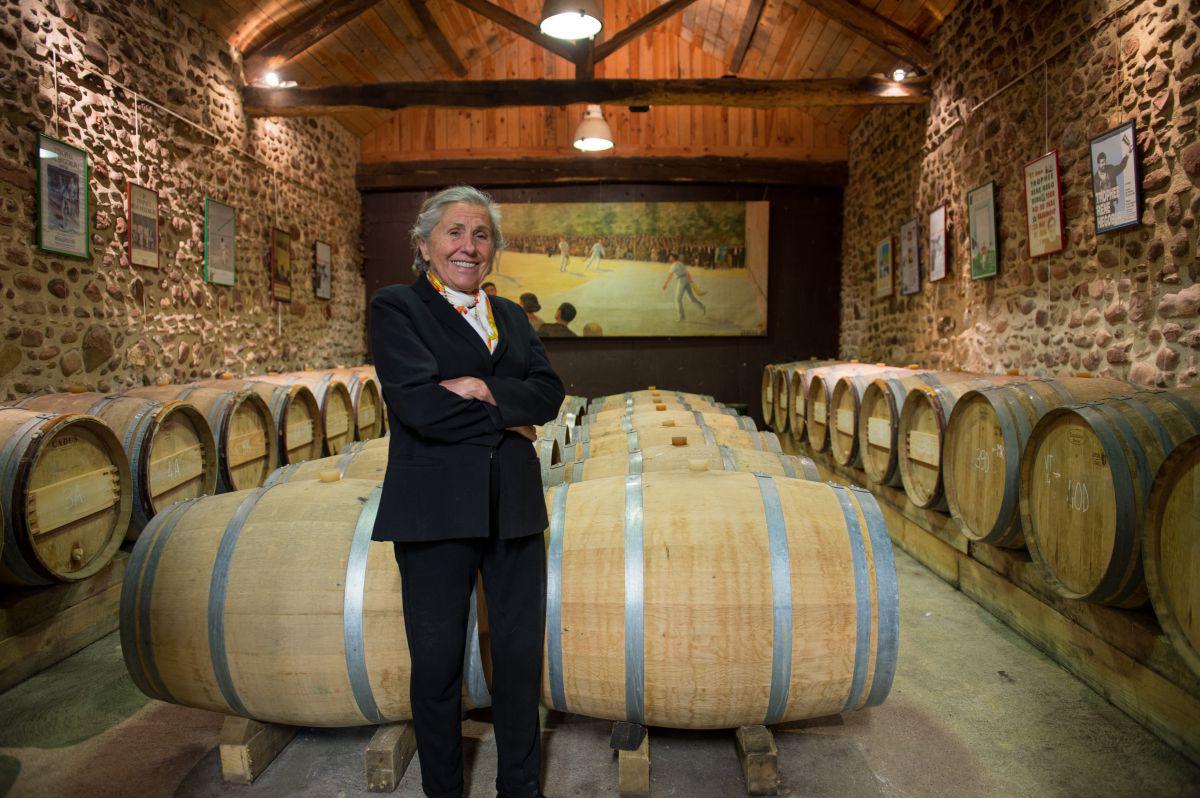 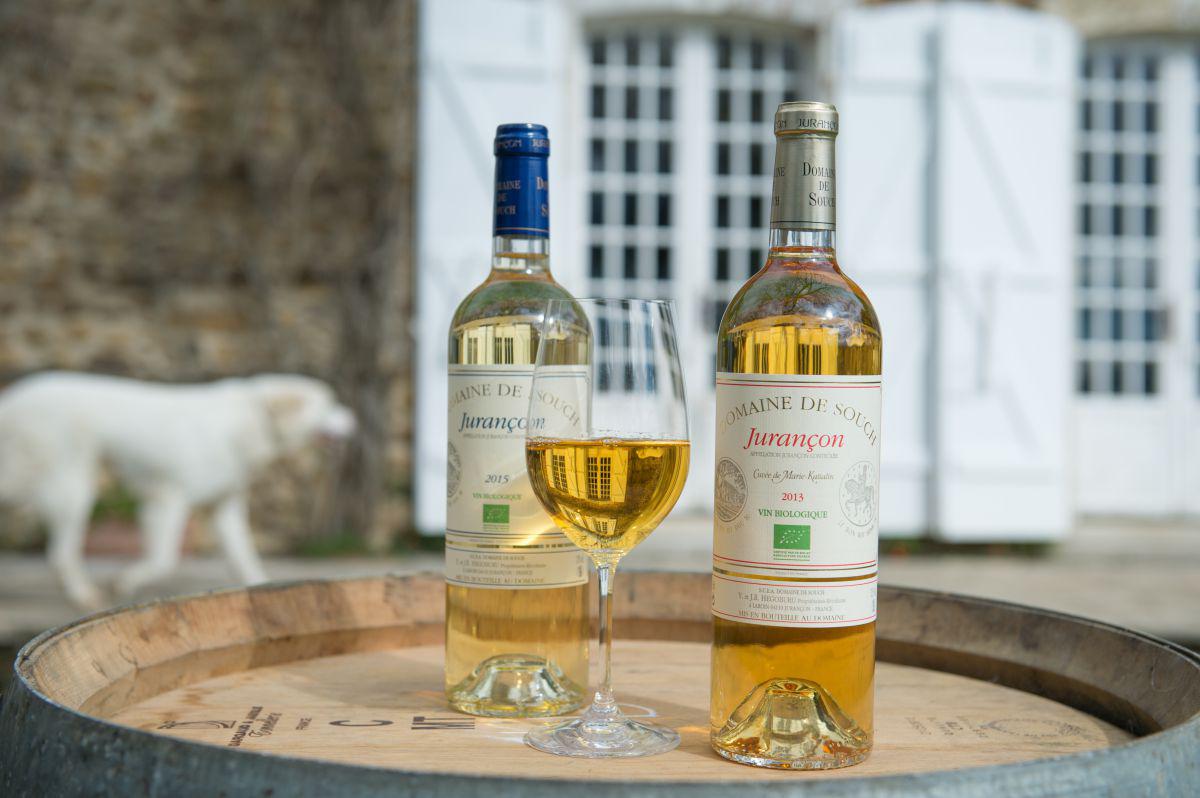 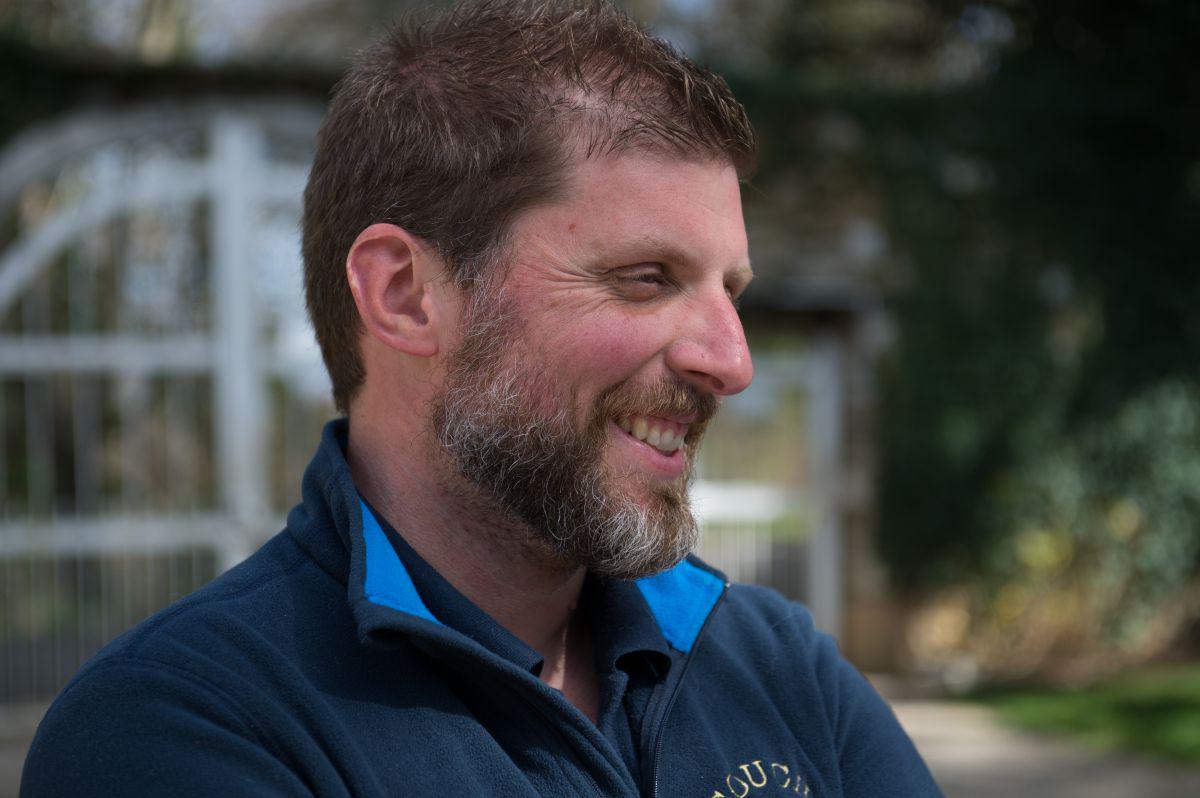 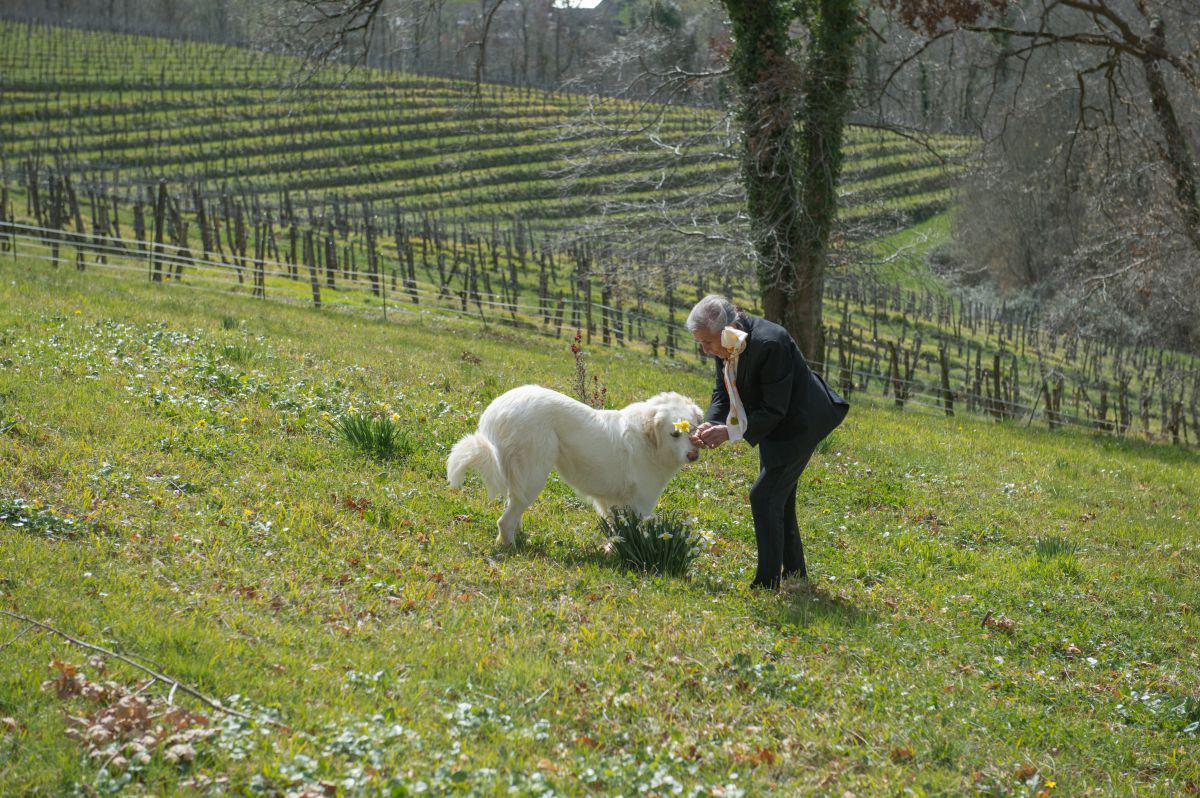 I’m headstrong and I always get my own way!

She planted her first vines when she was 60. Today, her organic or biodynamic Jurançon wines are among the first to appear in wine-tasting circles and on the tables of Michelin-starred restaurants and hotels worldwide, from Pierre Gagnaire to Guy Savoy to Christian Le Squer, chef at the famous “Le cinq” restaurant of the Georges V hotel in Paris. Pick up any guide, and Yvonne’s wines inevitably gain the highest scores possible for almost every vintage and the best critiques for the Jurançon label. 60% Gros Manseng, 30% Petit Manseng, 10% Courbu for her sublime dry Jurançon. And her sweet white vintages sweep the table. It has to be said that to get where she is today, Yvonne had to move mountains considerably steeper than the gentle Jurançon hillsides. With her stubborn determination, this spritely woman of 88 summers is something of an oddity in the oenological world. No taller than some of her vine stocks, her hair turning white,and cutting an elegant figure in a woollen jacket over classy trousers and a silk scarf around her neck, she hugs me as if we had always known each other. One of her three Pyrenean mountain dogs follows her everywhere, but it doesn’t seem to bother her: “they’re my companions in life. This one even sleeps on my bed!” Then, lifting her head to the clouds, pierced by rays of sunlight that fall on the snow-capped Pyrenees, she says “Look, I’m lucky enough to have this view every day, it’s breath-taking.” After stooping to pick a few dandelions that she offers me with love, she invites me into her pretty home, an authentic 19th Century Bearnese building. “When I saw this house, I knew it had to be my home.” And it’s no real coincidence that she decided to start producing wines: in this very same place, in 1776, Jean de Souch was the winegrowers’ trade union representative.

Nothing but grapes in my wine!

She met her husband René at school when she was just 15. He was born in Bearn, a committed journalist, and Editor in chief of the regional La République des Pyrénées paper for many years. After his death, Yvonne did exactly what René had never wanted her to do: plant a vineyard. At the same time, you have to be slightly mad to tackle 20 hectares of forests and meadowland! Especially if you are a woman and don’t know the first thing about viticulture. “I’m bold and determined, and nothing can get in my way!” With her son Jean-René and the help of Abel, a builder turned vineyard manager, she embarked on a massive project. The slope of the land is extremely steep, and so she terraced the earth with a bulldozer. The trees were felled and used for the 20,000 stakes to fence the 6.8 hectares of local varieties of Jurançon vines. “I had to borrow,” she explains “to buy the vinification equipment, install the wine cellars and buildings for production. Imagine the look on the banker’s face when at 60 years old, I had to ask for a loan as a would-be winegrower! I’m sure everyone thought I was totally out of my mind, but I was lucky enough to be accompanied by people who supported me and believed in me.” Her very first vintage, in 1990, won her the gold medal in 1992 at the Paris agricultural show’s concours général, for a sweet white Jurançon. In 1994, she turned to organic wine-growing and obtained the Ecocert label, making herself a pioneer in the region: “I read an article in the Gault&Millau on a couple of wine-growers, Paul and Maryse Barre who live in Fronsac and had started biodynamic wine-growing. I phoned them to talk, and the next day, I was on their doorstep!” This ultraecological agriculture is now used on all the plots in her vineyard, using homemade decoctions applied to the vines using a backpack sprayer, methods that suit Yvonne’s philosophy down to the ground “There is grass between my rows of vines, the vineyards are thriving and the grapes are big and lush! It’s a far cry from conventional wine-growing practices, far too full of chemicals for my liking!”

If the vines are tended by happy people, they produce happy wines!

Yvonne has always known how to choose her friends. She works closely with two enthusiastic young oenologists, Manu and Maxime, who look after the vineyards, the wine cellars, and welcome the customers: “They’re my handymen,” she jokes, “the last one to leave closes the shutters. I don’t even do the cooking anymore…” Then there’s her son, a lawyer in Paris, who is also very involved in the family vineyard, and last but by no means least, her only granddaughter Marie, whose name she gave to an outstanding vintage, entirely Petit Manseng, the vines grown in puddingstone soils. Yvonne lives life to the full and has kept the ability to marvel at things like a child: “Boredom is the worst possible thing. I live with souvenirs now.” In answer to the question “What has doing this job, living this adventure brought you in life?” she replies without a second thought: “A fulfilled and happy life.” And then adds, laughing: “I’m spoilt, even idolized I think! But that doesn’t mean I can be pushed about! The only thing that scares me is the thought that I might not be able to end my days here…”.