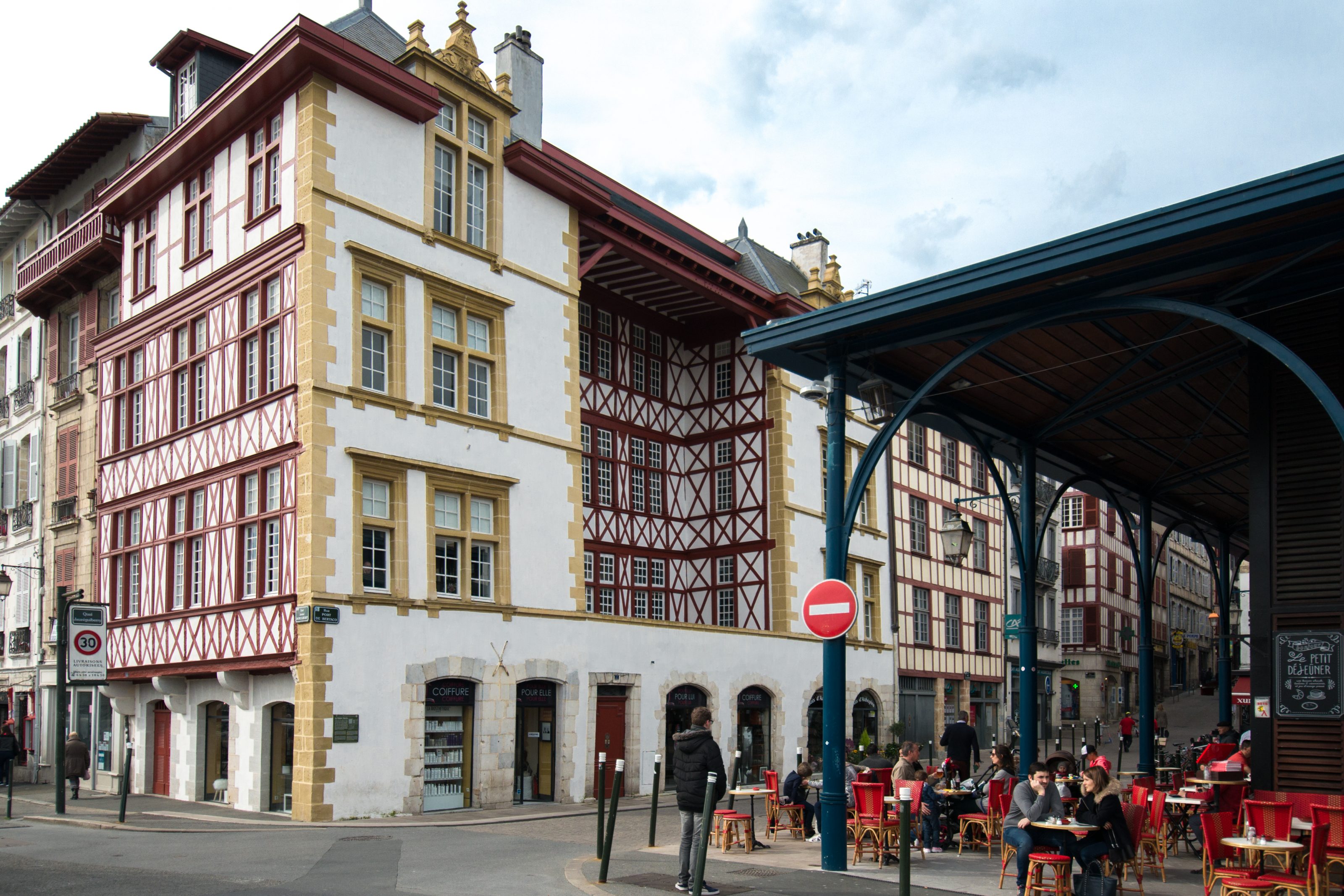 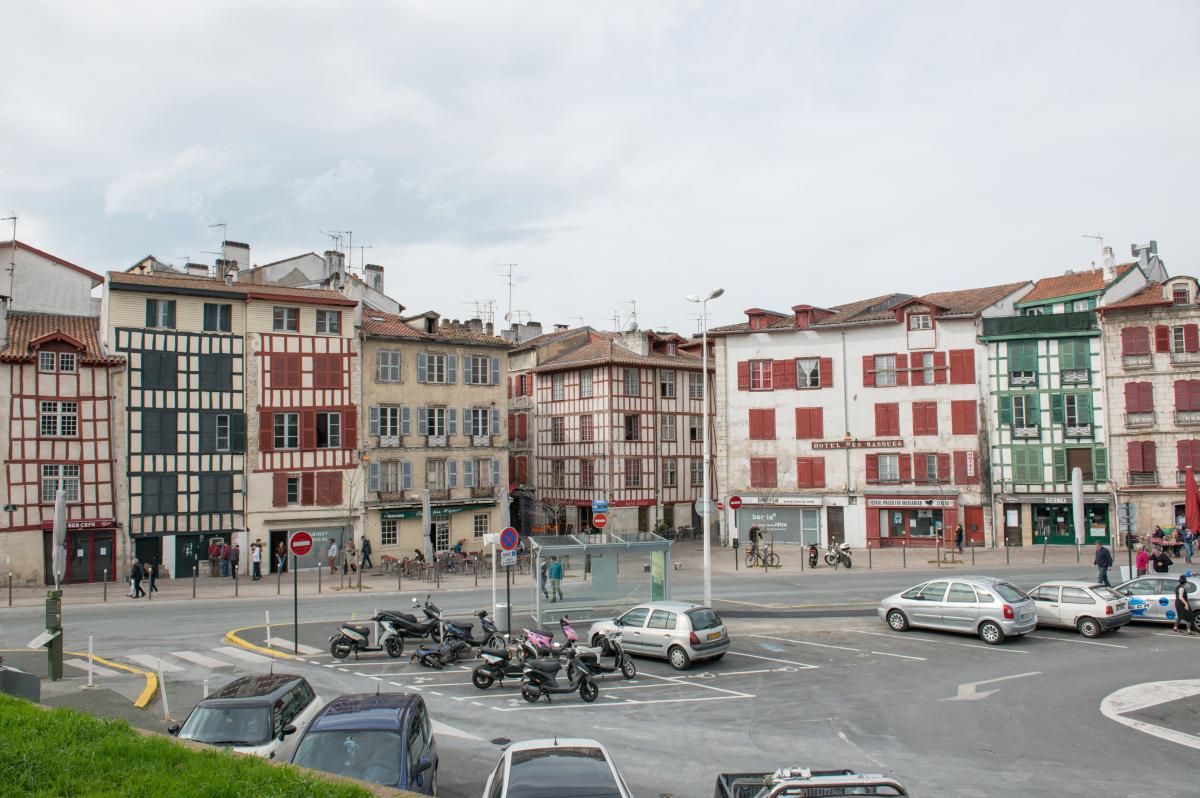 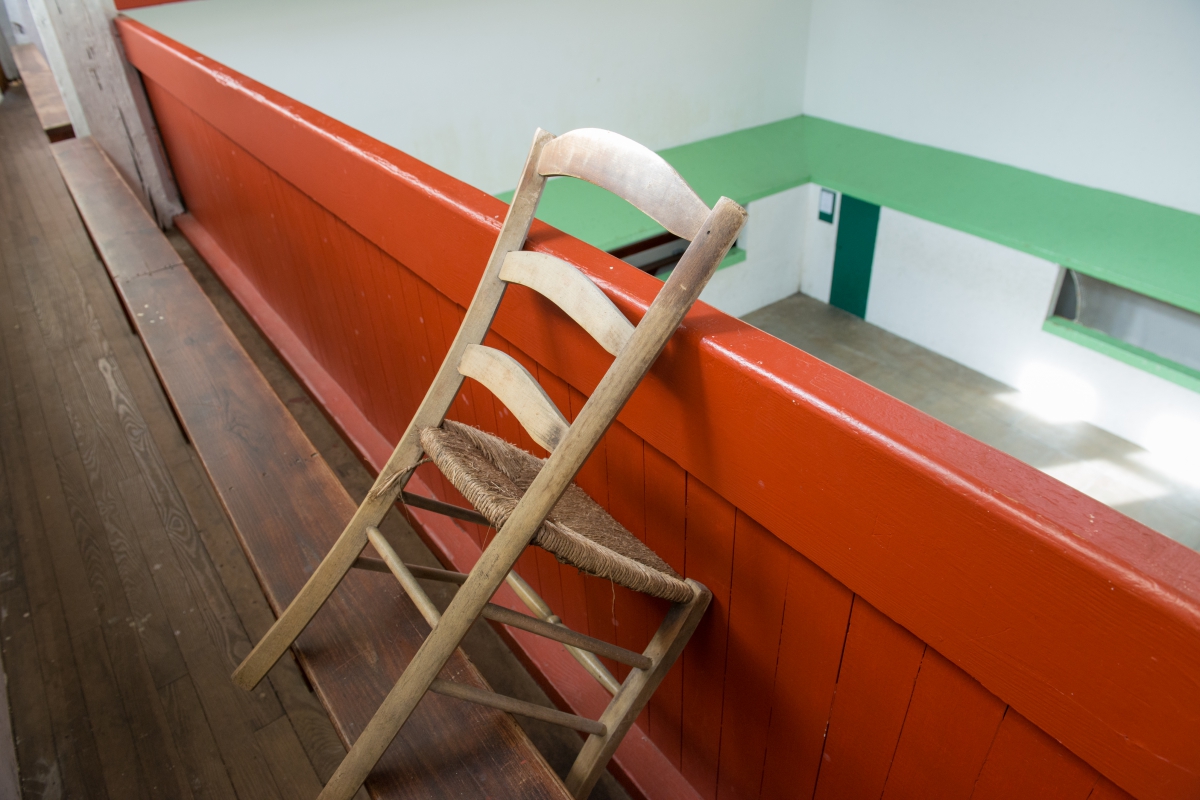 Bayonne… epic through the ages

It’s a city with its own personal hallmark and discernible charm. A city whose Great History has always been marked by smaller episodes: secret and comical anecdotes have punctuated the past of this Basque stronghold. The cobblestone streets of Bayonne recount its history through the ages, and for those who look hard enough, the city holds marvellous surprises at the end of every street and behind every door. In the narrow little passageways of Petit Bayonne, or in the more free-flowing streets in the city centre, gothic art merges with Middle-Age architecture. Beautiful through the ages, Bayonne is a city you have to be worthy of, rather than visit. Andy, our Kiwi guide, whose heart has been totally won over by Bayonne, wouldn’t say any different. So here goes for a visit full of spice and surprises – a visit with an accent!

On the square in front of Saint Mary’s Cathedral, he smiles and raises his arm to attract our attention. Andy Fisher, the most New-Zealand of the population in Bayonne, will be our guide for a very private visit of the hidden Bayonne, a Bayonne to be discovered off the beaten track. The mood is set even from outside the building “look at this ring on the front door. It was called the ring of refuge. It was thought that if you simply touched it, then you were protected”. We’re suddenly plunged into the extraordinary history of Bayonne – and it’s only the beginning. Andy asks us to look up above us: “we are in a village that has belonged to Gascony since the Middle Ages, but at the beginning of the 20th Century the Basques left their mark in the stone.” And there right in front of us, engraved under the archway of the Cathedral, is a Basque pelota player. The visit continues inside, peppered with amusing anecdotes. “In 2009 during cyclone Klaus, the small bell tower from one of the spires fell onto the inner vault. A few months later, at the ceremony to inaugurate the restored keystone, the town councillors and Chief Architect for Historical Monuments, came across this quite by chance.” Andy gets out his torch and plays the beam over two handprints. “If you look closely, the right and left hands are inverted. It’s now thought that they are most likely the stonemason’s signature and they’ve been dubbed ‘the mysterious hands.’ They’ve been there since the Middle Ages and nobody can be totally certain how they got there.”

HISTORY, EVEN IN THE SHOPS

Andy suggests that we go shopping in the streets of Bayonne. We smile. He assures us that we are in for a surprise, so we go with the flow. In Peytavin Sports, rue Argenterie, Andy takes us straight up to the first floor. “Welcome to the 15th century,” he says, smiling out from between two tennis rackets. “It’s a Middle Age gothic gateway,” Andy explains. In the middle of an aisle we contemplate this little piece of history; a little unexpected, yet imposing. A few streets further on, Andy takes us down into the basement of the “Ramuntcho” delicatessen. To our amazement, we find ourselves in a vaulted cellar. “There are currently 138 cellars from the 13th and 14th century in the upper part of Bayonne. From the rue du Pilori to the rue de l’Argenterie, all the shops have cellars like this one.” In the rue de la Salie, Andy opens the door to “Le Belzunce” restaurant and tea-rooms. He hails the owner and the waiting staff as he slaloms between the tables to end up in a splendid and completely unexpected patio. “We’re now in the courtyard of a private mansion that dates back to 1640. It’s in a typically French, Louis XIII style, a combination of brick and stone. It’s the only one of its kind in the city.”

HOUSES YOU CAN’T FIND ANYWHERE ELSE

At number 8, Rue Port de Castets, Andy is bubbling with enthusiasm, and we soon understand why. There before us, sandwiched between two half-timbered buildings, is the narrowest house in Bayonne. “You almost wonder if the owners sleep standing up,” jokes Andy, before going on to say a little more seriously; “In fact, these are the backs of apartments that fan out into the street just behind. So the walls are on a slant relative to the façade. It’s a perfect illustration of the major overcrowding in the city, with its very high, narrow façades, like those that can be found on the banks of the Nive.”

In the rue du Port Neuf, the surprises are often hidden behind coloured doors. Set back a little from the Cazenave chocolate maker’s, the oldest staircase in Bayonne immediately catches our eye. It’s a disorientating construction. “It’s a series of successive, straight flights and dates back to the 17th century.”The turned wood balustrades almost make you feel dizzy to look at and, on the top floor, an 18th – century canopy adds the finishing touch to this impressive work of art. At number 32, the decor is completely different and Andy’s face lights up. “This is a 19th-centrury spiral staircase.” The spirals are enough to make your head swim. “You can see the specific style of Bayonne architecture and the existence of “twokey apartments.” 1

1. The « appartements sous deux cléfs » are buildings specific to Bayonne. Behind the narrow façade lies the first part of the building, followed by a small communal courtyard forming a light shaft to bring light into a second building at the other end of the plot. A stairway is used to access the different floors. The same family could therefore have living quarters “at the front” and “behind” the house, but had to use two keys to enter the different parts of the property.

FROM VAUBAN TO BASQUE PELOTA…

Another pleasant surprise awaits us towards the campus. Standing in front of the university library, again Andy’s eyes light up: “we have something decidedly modern here, but it’s a building that respects the lines of one of Vauban’s works: a structure based on an earth embankment. Everything was cleared from here so that the library could be built. On one side, eighty concrete latticework panels were created to let the daylight in, and on the other side, under the 45-degree slope of the embankment, the 30,000 volumes are safe and sound on their shelves.”

Not far from there, in the petit Bayonne, Andy suggests a sporting break… On the sublime terraces of the Saint-André trinquet2 our guide looks up and we follow his gaze to discover the beauty of the architecture: “it’s one of the oldest trinquets in the world and dates back to the 17th century. Back then, people played the jeu de paume3, and even shows were held here.” Beneath these timbers imbued with history, we sit back and imagine the matches of bygone days. “There’s now another trinquet in Bayonne called the Trinquet Moderne which, as its name suggests, better corresponds to current practices. The walls are made of glass, which makes it easier for the matches to be broadcast on television.”

2. A quadrangular court with a concrete floor, used for playing Basque pelota.
3. A ball-and-court game that originated in France.

Before we go our separate ways, we happen to walk past the Tour de Sault that still reigns over the Nive. Attracted by the ancient building and especially by the delicious smells emanating from it, still accompanied by an enthusiastic Andy, we decide to go in. Inside we discover a group of consummate food-lovers in the throes of making preserves and a whole host of other terrines. “Welcome to the Brotherhood of Bayonne Ham” Andy exclaims. Renowned for its epicurean peñas4, Bayonne often gives them beautiful settings like this one to enjoy. Steeped in history (the tower was built in the 14th century), the place is called a ‘casemate’ and has been given a second life today, somewhere between ancestral gourmet traditions and a cultural vibrancy that is keenly defended. It is a reflection of an entire city, resolutely forwardlooking, without ever forgetting to highlight its past treasures.

A textbook “City of Art and History,” just as it should be.

4. A peña is a group of friends who meet to share a common interest or passion, in an informal, festive atmosphere.

Born in New Zealand in 1957, Andy threw himself into his career as a journalist before being caught out by a “failing” very characteristic of New Zealanders. “I got wanderlust,” confesses the guide from Bayonne, which is how he ended up grapepicking in the Coteaux de Bourgogne in 1978. Then at the beginning of the 80s, he met Dominique, whom he married in 1982. The young couple settled down in Bayonne, where Dominique already had family. Andy was responsible for catering at the Utopia cinema. When that finally closed down, fate led Andy to take a training course – the first of its kind at the time. Bayonne was starting to embrace tourism and Andy found his vocation. Even today, he still marvels time and time again as he reveals the well-kept secrets of the city to visitors. “It’s a city that is uncovered a little more each day, and particularly when building work is going on. A partition wall is demolished, and lo and behold, more remains from the past are discovered.” His tours are animated with bursts of humour, his native accent giving the comical anecdotes a little extra je-ne-sais-quoi.