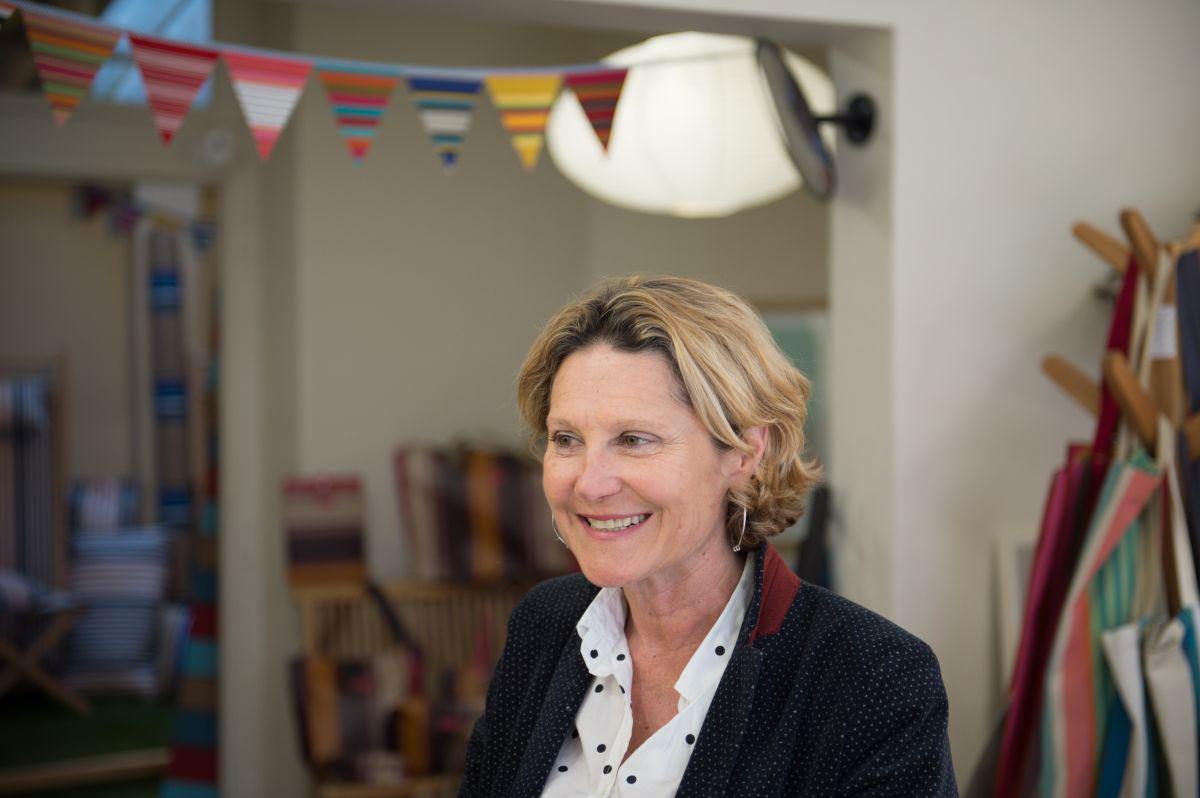 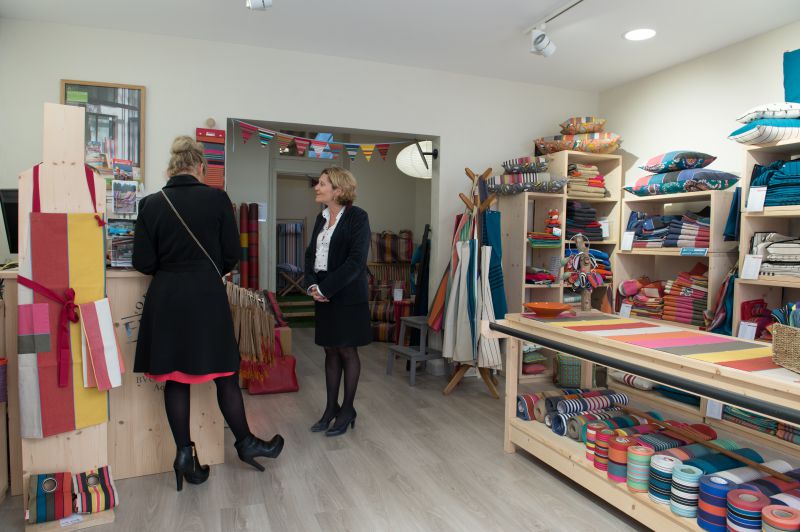 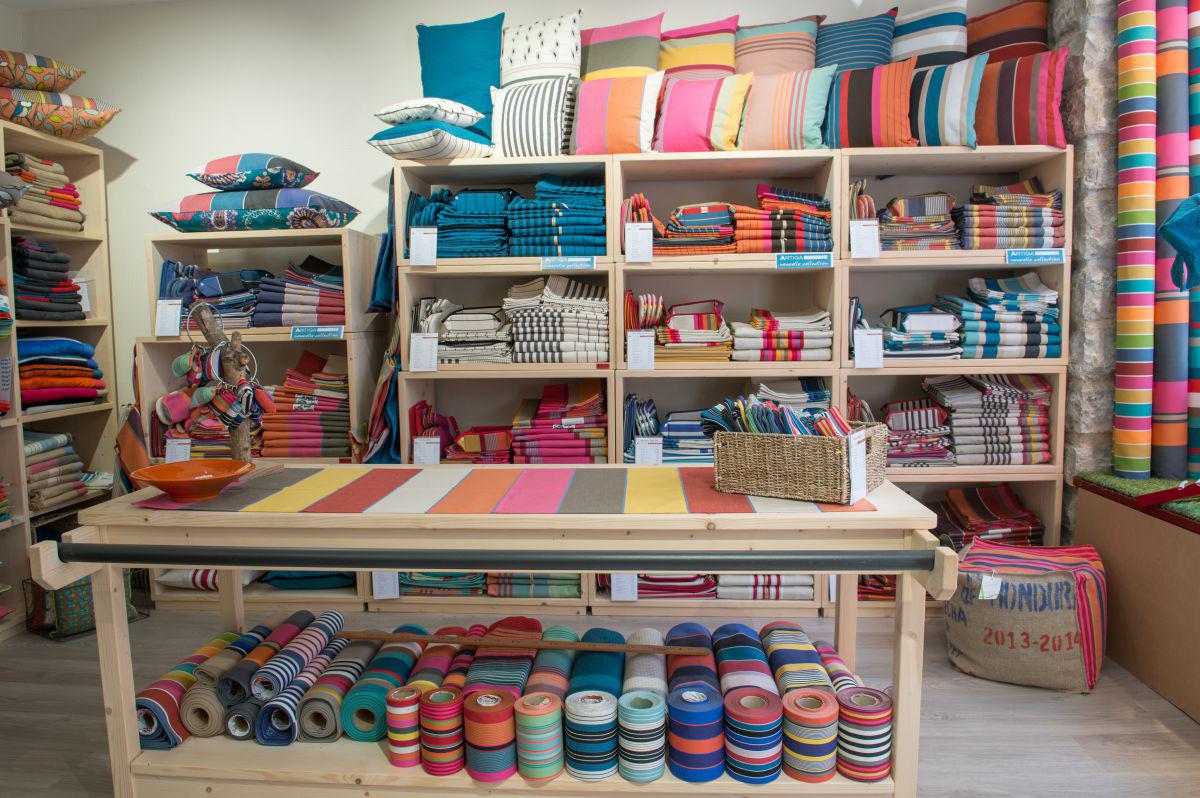 The stripes are striking out

Quitterie Delfour is an enterprising woman. When back in 1999, she bought a sewing company in Magescq in the Landes region to create Artiga with the aim of selling household linen, 100% made in France from traditional Basque fabrics, she certainly had no idea that a few years later, she would be producing 100,000 metres of fabric a year!

At the time when everyone was relocating to reduce manufacturing costs, it was a risky industrial bet to keep the design and production here!” she confides. This ebullient blonde with her straightforward gaze has managed to change the way Basque cloth is made without losing sight of its identity. “Bayadère stripes originally came from the agricultural world. Landowners covered their cattle and horses with a linen sheet, called the saïal (from its Basque name), to protect them from the sun. And to indicate the geographic region the animals belonged to, the saïals bore the traditional stripes of the seven Basque Provinces: Vitoria, Pamplona, Bilbao, Bayonne, Saint-Jean-Pied-de-Port, Saint Sebastien and Mauleon.” So it comes as no surprise that these names that fly the flag of South West France appear in the Artiga collections. It’s a region dear to the heart of the dynamic businesswoman, who is proud that Artiga was the very first company in Aquitaine to be awarded the “Origine France garantie” (guaranteed French origin) label in February 2012. “Everything is made in our factory!” she enthuses, with a broad smile. This success story is portrayed in the signature boutique in Biarritz in a flourish of stripes and bright colours that reflect the Ocean and the mountains. It’s the essence of all this local know-how, open to those who admire the beauty of woven fabrics. 100% cotton or cotton-linen fabrics are sold by the metre to decorate your house inside and out: table and kitchen linen, decorative accessories, bed linen, bath towels, bags and small purses, espadrilles, keyrings, to name just some of the products on sale. Artiga has found myriad ways of using Basque cloth. We wanted to modernize the design, extend the product range to 600 references per season and bring out two collections a year. That way, there’s something for everyone, across the generations, and we can even offer a made-to-measure service,” she adds. The audacious company has struck gold with its latest creation, the outdoor collection. Boasting high technical and graphic quality, the fabrics are woven using an acrylic fibre dyed in the mass, and are specially designed for outdoor use for at least five years. There’s no doubt that at Artiga, the stripes are striking out.